It’s been almost a year since Microsoft announced plans to bring support for recording live TV broadcasts to its Xbox One game console. At the time, Microsoft said the feature would be arriving sometime in 2016.

Well, we’re about halfway through the year and DVR functionality is nowhere to be seen… and now it seems like it might not be coming this year at all.

While you can buy a TV tuner for an Xbox One and use it to watch live TV through the game console, The Verge reports that Microsoft has put plans for DVR functionality on hold in order to focus on “launching new, higher fan-requested gaming experiences across Xbox One and Windows 10.” 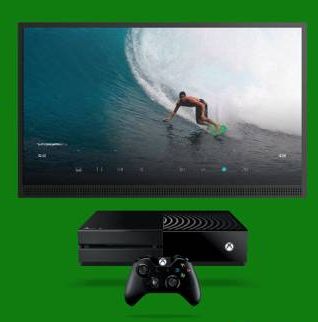 If you’re holding out hope that the Xbox One will still get some sort of DVR capabilities, there are two things you might want to take note of from the statement sent to The Verge:

Anyway, the decision to cancel/postpone DVR support for OTA TV is kind of disappointing since Microsoft has pretty much discontinued its other DVR product: Windows Media Center.

That was a feature that allowed you to use your Windows computer as a media center thanks to a user interface that was easy to navigate from 10 feet away (while sitting on your couch and looking at your TV, for example), allowing you to play music, movies, or look at photos using a remote control instead of a mouse and keyboard. Windows Media Center also let you plug a TV Tuner or other supported device into your computer and watch live TV, schedule and manage recordings, and get free program guide data.

So it was kind of nice to think that it would live on in a new form for Xbox One users. Now it looks like that dream is dead… at least for now.

Meanwhile Microsoft has been taking steps to bring some more PC-like features to the Xbox One, while also bringing some Xbox features to Windows 10.