The Oculus Rift virtual reality headset lets you play virtual reality games for PC… but what if you want to play Xbox console games? Starting December 12th, you’ll be able to do that… sort of.

While you won’t be able to plug a Rift into an Xbox, you will be able to stream Xbox One games from your console to a PC on your home network and then experience the games in VR using a Rift headset. 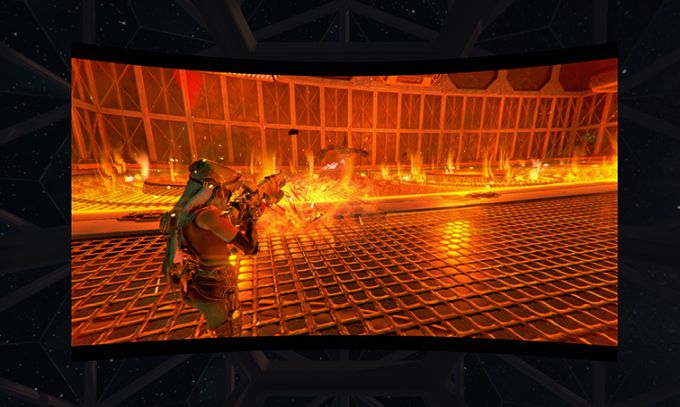 Microsoft already allows gamers to stream Xbox One games to a PC connected to the same network. The update will let you do that while using an Oculus Rift headset as a display.

This doesn’t mean that games will suddenly become full-fledged virtual reality experiences with 360-degree views and ranges of motion. But it does mean that you’ll be able to play on what looks like a movie theater-sized display.

The Xbox One Streaming to Oculus Rift app will be available for free from the Oculus Store, but you’ll still need the $600 VR headset and a reasonably powerful gaming PC to use the new feature.