Microsoft’s vision for a unified operating system meant delivering a more Windows-like experience to the Xbox One. Soon it will become even more like a Windows 10 PC, but the Xbox is also returning the favor. Windows 10 PCs will soon be a bit more Xbox-like. 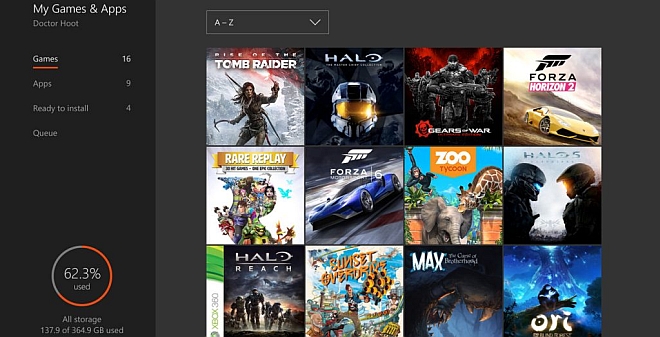 Paul Thurrott has taken a look at two upcoming preview releases that Microsoft has in the pipe. The first is the Anniversary Update, which is heading not just to Windows 10 PCs this summer but also to the Xbox One. Several of the changes it brings will make the Xbox One feel even more like a Windows 10 HTPC.

Cortana is coming, so you’ll be able to use your headset or Kinect to do things like check the weather forecast and set reminders for yourself just like you can on a PC. You’ll also be able to give her Xbox-specific commands like setting up parties and inviting your friends to play. Another Windows feature you’ll notice on your Xbox One after the update: Win32 games that support Xbox Live will appear in your activity feed. You’ll also be able to share screenshots and captured video from your Windows games.

The Xbox One is also gaining the ability to search for Facebook friends so you can add them as Xbox friends. That functionality debuted in the Xbox app for Windows late last year, and it’ll finally arrive on consoles this summer. 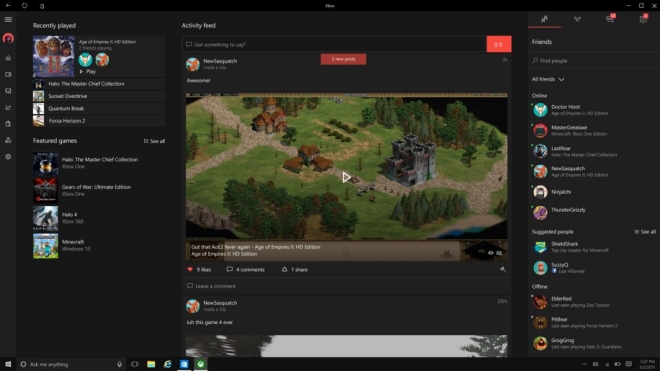 As for Windows PCs, they’re getting an overhauled Xbox app that Thurott says is designed to make Windows 10 “more appealing to all gamers.” With the new app, Windows gamers will be able to chat with their friends regardless of whether they’re on a PC or an Xbox One. You won’t have to have an Xbox Live subscription to do it, either — just the updated version of the app. Xbox Live friends will also start showing up in the People app.

One other way they’re converging their gaming ecosystems is by letting you edit and share screenshots and clips that you’ve captured on your Xbox on your PC. That’ll let you pull them in to your favorite desktop editing software to polish them up before you post them for the world to see.