For the past few years Edward Zarick has been taking apart Xbox and PlayStation game consoles and rebuilding them as laptop-style computers.

And now that Microsoft’s new Xbox One S is available, Zarick has taken advantage of the console’s slimmed down design to make a slimmed down gaming laptop.

The XBOOK ONE S is the result. 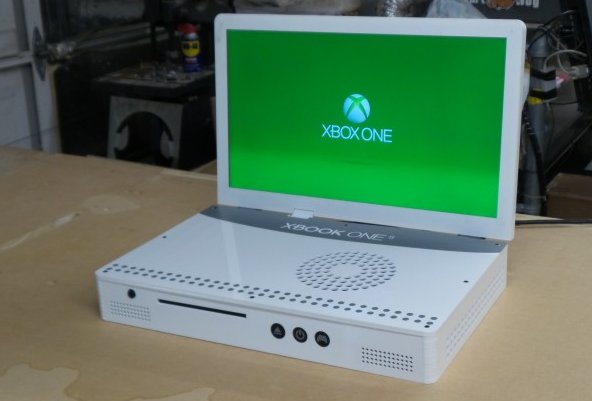 The system has all the internal hardware from the original game console including chips, storage, and a Blu-ray drive. But it also has stereo speakers and a 19 inch, 720p LCD display that can fold down over the system when it’s not in use.

There’s no battery: you’ll need to plug in the laptop to use it, but it’s a lot more portable than lugging around a full-sized Xbox console and a TV.

While the system has an LCD, it also HDMI output and support for 4K displays, which is one of the hallmark features of the Xbox One S.

Or for that kind of money, you could just buy a gaming laptop.