XBMC is one of the most popular media center apps available Windows, Mac, and Linux computers. And soon it will be available for Android as well.

The team has released the source code for a pre-release version of XBMC for Android, and a downloadable, installable package for folks that don’t want to compile it from source should be available soon. 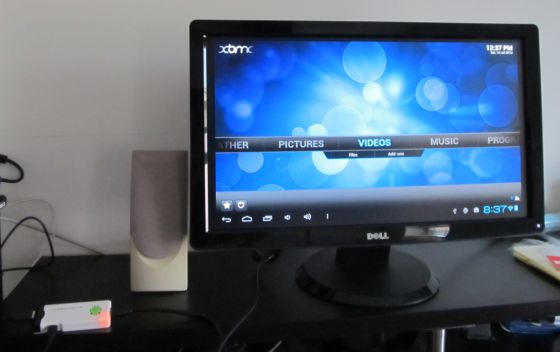 XBMC provides a full-screen interface for accessing music, movies, and photos on your device — and for running third party extensions that let you access online media from sources including Amazon, Netflix, YouTube, TuneIn Radio, and more.

For the most part XBMC has been designed to look good on a television set. In fact, the project’s original name was Xbox Media Center, as the early versions were designed to run on the original Xbox gaming console while connected to a TV.

But the software supports skins, and the developers expect to see folks make custom skins that allow you to use XBMC on an Android phone or tablet.

For now, the XBMC team has been working with Pivos, a company that makes Android-based set top boxes. In fact, the one device that already supports full hardware accelerated video playback is the Pivos XIOS DS media player, a $115 set top box

that runs Google Android and which features WiFi, Ethernet, USB, and HDMI.

But the folks at Miniand have already compiled a version that runs on the MK802 and Mini X. That build actually runs quite well on other Android hardware. While the user interface is clearly designed for a larger device, video playback, add-ons, and other features all seem to work on my HTC One X.

In fact, while the tiny buttons are kind of hard to mash with my thumbs on a device with a 4.7 inch screen, XBMC may already be the best media player I’ve tried on my One X so far. It handles HD video playback much more smoothly than VLC, Mobo Player, or MX Player. 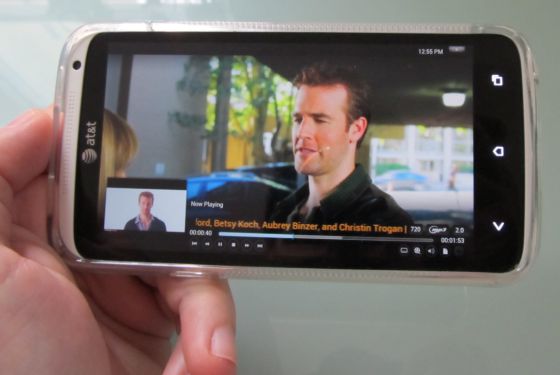 As for the MK802 and Mini X, these are Android-powered mini computers that sell for $99 and less. They’re designed as devices to turn a TV into a smart TV capable of running Android apps, but they’re also pretty nifty little computers. All you need to do is add a mouse, keyboard, and maybe an alternate operating systems.

They feature Allwinner A10 processors and are capable of running a wide range of software including Ubuntu and Fedora Linux.

A lot of people had expressed interest in running XBMC on these little computers — but I think many of those people were expecting to build XBMCbuntu or another Linux-based operating system designed to support the media center software.

Now all you have to do is download and install an APK using the Android software that comes with the MK802 or Mini X.

The Miniand build of XBMC may run smoothly on my smartphone, but it’s still a little buggy on the MK802. It takes a long time to launch, and while you can navigate using the arrow keys on a keyboard, it doesn’t recognize the enter key or mouse clicks — which means you can’t actually play any music, videos, or anything else. 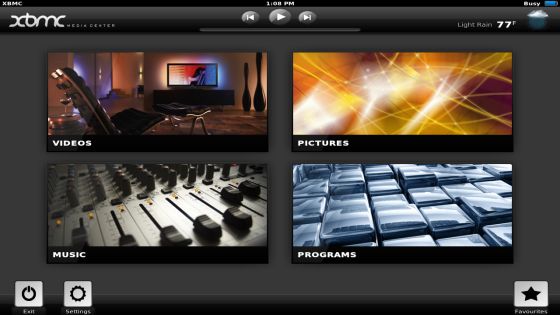 XBMC for Android does come with one bundled skin designed for touchscreen devices. It has larger icons and menus which are a little easier to tap with your fingertips, but the graphics look like they were optimized for a 4:3 display rather than the 16:9 screens found on most Android devices.

But it’s a start.

Update: It looks like this build does support remote control input, and works on the Mele A1000 set top box with an Allwinner A10 processor — but video playback is pretty choppy. Hopefully a future build will add hardware video acceleration for this processor.