The developers of open source media center software XBMC have released a new build of XBMC 13 Gotham, sporting a few shiny new features including support for stereoscopic 3D video and for hardware-accelerated decoding on Android devices.

At the same time, the team is dropping a feature (or a bug, depending on who you ask): support for Windows XP, Microsoft’s aging but still relatively popular desktop operating system.

XBMC for Windows now requires Vista or later. The software is also available for OS X, Linux, and Android. 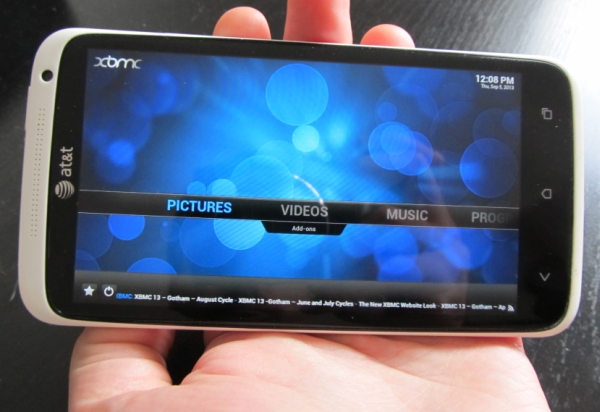 While XBMC has been available for Android for a while, up until recently it’s relied on software decoding, which means you’ve needed a pretty fast processor to handle HD video playback. Now XBMC can take advantage of the graphics chips in many phones, tablets, and TV boxes to decode H.264 and other supported video codecs.

At this point you’ll need a device running Android 4.0 or later — and XBMC 13 doesn’t currently support hardware decoding on devices with Amlogic or Allwinner chips.

The team has also made some changes to the menu system, removed the default weather app (to stop XBMC users from hammering Weather Undeground with forecast requests), and fixed a number of bugs.

You can find more details at the XBMC blog.