Google seems to have a thing for modular devices. The company plans to release its first modular smartphones based on Project Ara designs in early 2015, letting customers pick and choose the hardware for their phones.

Now the Wall Street Journal reports that Google is also developing modular display technology. The idea is that you’ll be able to snap together a series of smaller screens to make one big display.

By snapping together a series of screens in different configurations you could change the shape or size of your screen. 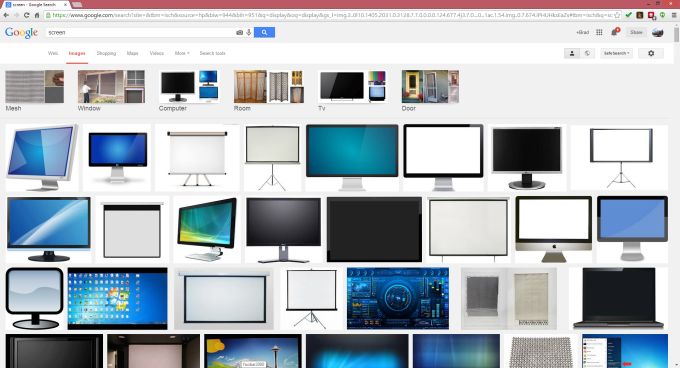 The project is reportedly headed by Mary Lou Jepsen, the designer of the sunlight readable screens used in the OLPC XO Laptop and the founder of low-power screen maker Pixel Qi.

She’s now working at Google X which is Google’s division of thinking big. While Google’s primary businesses involve search, ads and web and mobile software, the company’s also developing a series of futuristic technologies. Examples include the Project Ara modular smartphone, the Project Ara phones and tablets with 3D cameras and sensors for interacting with real-world objects and environments, self-driving cars, internet delivery by balloons, and the Google Glass wearable computer.

Clearly Google knows how to gamble on technologies that could change the future… or which could fail to make a splash at all.

It’s not entirely clear what Google hopes to do with its stackable, modular display technology. But it’s easy to imagine some interesting possibilities:

While I’m intrigued by any of these home/travel uses, the WSJ report suggests Google may be targeting enterprise customers initially. Big-screen TVs might be pretty cool to have in your house, but they could play an even bigger roll in boardrooms and classrooms of the future.

Google’s technology might allow business or education customers to customize the shapes and sizes of their screens by purchasing the modules they need instead of selecting from the limited number of existing big-screen displays available.