Amazon’s next Echo smart speaker is coming soon, and we’re pretty sure it’s going to be a device with a 7 inch touchscreen display. Now the Wall Street Journal has a few more details, including a possible date for an official announcement: tomorrow.

Update: AFTV News reports that the new model is called the Amazon Echo Show, and that it’ll sell for $230. 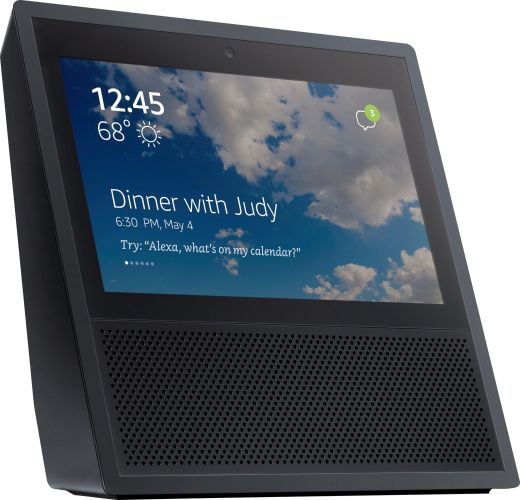 Like the Amazon Echo, Echo Dot, Tap, and Echo Look, the new device is expected to feature a speaker, microphones, and support for Amazon’s Alexa voice service. That means you’ll be able to control music playback with your voice, get answers to questions, add items to your shopping list, or even buy products from Amazon without touching the device.

But thanks to the integrated display, you’ll also be able to see visual information in response to your queries. For example, instead of just listening to the weather forecast or traffic updates, you can see them at a glance.

Amazon is also said to be planning to add some sort of phone calling capabilities to its Echo products, although it’s unclear at this point if you’ll need the new Echo to make calls, or if all Alexa-enabled products will support the feature. My money would be on the latter, since the calls are expected to be routed over the internet via WiFi rather than a cellular connection.

According to the WSJ, the new Echo speaker is expected to sell for $200 or more at launch, which would make it at least $20 more than the original Amazon Echo. But possibly the same price as the recently launched Echo Look. That model doesn’t have a screen, but it does have a camera and LED lights to help illuminate snapshots, allowing you a style assistant feature to provide fashion advice, among other things.

The Echo Look is only available to customers with an invite, but it’s also a niche device. The original Echo also launched through an invite-only program, but at this point it seems pretty clear that there’s a market for smart speakers. I’d be surprised if Amazon felt the need to test the waters for the new touchscreen model with an invite-only beta program.

What does remain to be seen is whether there’s much demand for a model with a display. A big part of the appeal of the original Echo line of products is that there’s essentially no user interface. They just respond to your voice, allowing you to interact with them in different ways than you would use a phone or tablet. Adding a screen to an Echo runs the risk of making it seem like a chunky, less versatile tablet.

In related news, the original Echo is on sale for $150 this week, which is $30 off the usual price.

4 replies on “WSJ: Amazon’s touchscreen Echo could launch May 9th”