The Windows Subsystem for Android (WSA) is an optional Windows 11 feature that allows you to install and run Android apps almost as if they were native Windows applications. It’s not quite ready for prime time yet, but Windows Insiders have been able to test pre-release builds for months and a public preview will be available for anyone running Windows 11 later this month.

While Microsoft has partnered with Amazon to bring the Amazon Appstore to the Microsoft Store as an official method for finding and installing Android apps, hackers have also figured out that it’s fairly easy to sideload Android apps. Installing the full Google Play Store is possible, but takes a little more work since it involves modifying some key WSA components. But a new utility called WSAPackagingTool should make it easier to modify the Windows Subsystem for Android to do things like add support for Google Play, gain root access, and much more. 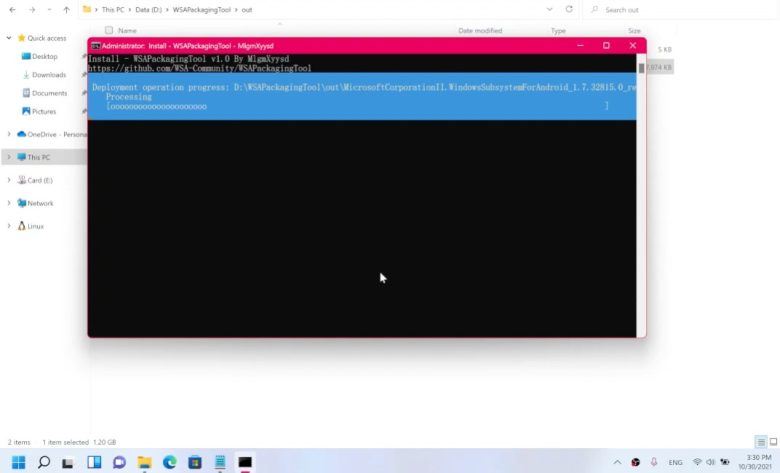 This allows you to run scripts like WSAGAScript, which installs Google Apps and services including the Google Play Store so that they’re available out of the box after you install the Windows Subsystem for Android.

In fact, the developers behind WSAPackagingTool are the same folks at WSA-Community that developed WSAGAScript in the first place. The team is also working on a new script called WSAMagiskScript which will install Magisk, a popular tool for rooting and modifying Android. But that script isn’t yet available.

WSAPackagingTool itself is also said to be “in the early stages of development,” and the developers note that while it “works well in small private tests,” there’s a chance that there may be some undiscovered bugs. More features are also planned for future builds, so it might be worth keeping an eye on the project.

For now, here’s a demo video showing WSAPackagingTool in action:

You can find usage instructions and more information (and source code) at the WSAPackagingTool GitHub project page, or check out the xda-developers forum for a discussion thread about the project.