The Windows Subsystem for Android (WSA) allows you to run Android apps on a Windows 11 PC. While the software is still in beta, it’s publicly available to anyone in the Windows Insider Preview program running Dev Channel or Beta Channel pre-release builds of Windows 11.

When you install WSA, you’ll also get the Amazon Appstore, which theoretically makes it easy to find and install Android apps. But only a small number of apps are currently available through the Appstore, so folks have turned to sideloading Android apps downloaded from other sources. And one of the easiest ways to do that is with a free and open source tool called WSA PacMan. 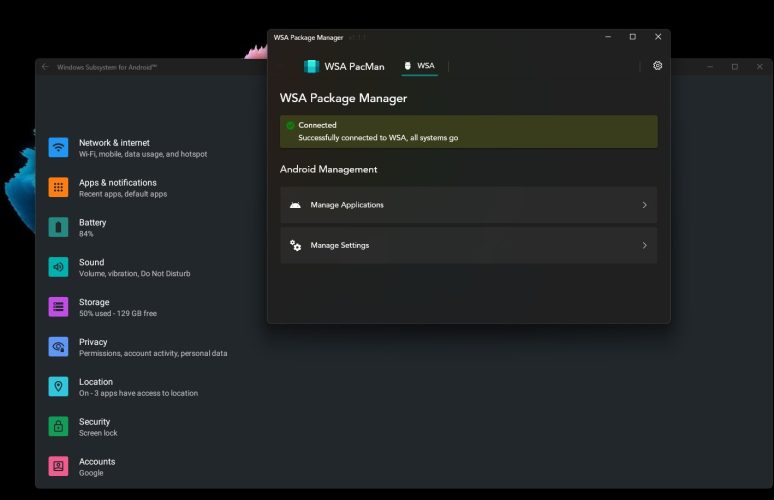 Shortly after Microsoft released the first preview of the Windows Subsystem for Android, folks discovered that it was possible to use command-line tools to sideload apps that weren’t available from the Amazon Appstore. But that involves downloading and installing the Android Platform tools and running a series of commands every time you want to install an app.

Fortunately a handful of developers have come up with more user-friendly methods that give you a graphical user interface and make installing apps as simple as downloading and clicking on an APK installer file.

I first wrote about WSA-PacMan when creating a roundup of those apps in early November. But the app has received a number of major updates since then which make it even more powerful and easier to use. It’s also shed its beta label (which is kind of funny since WSA itself is still in beta).

You can download the latest version of WSA-PacMan from its GitHub releases page and either install it to your Windows 11 computer or unzip the portable version of the app to run it without installing.

This will open an installer window that shows the permissions required by the app, along with an “Install” button that you can press to install the application and a “Cancel” button you can click if you’d prefer not to. 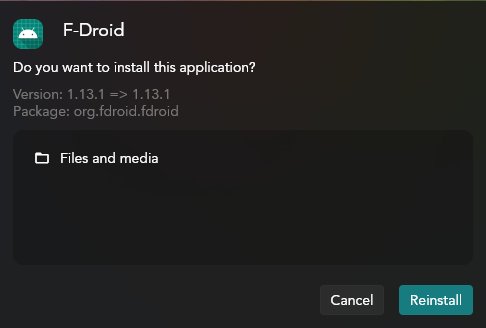 When you launch WSA-PacMan itself, you get a basic user interface that lets you know if the app is connected to WSA as well as buttons you can press to open your WSA Settings and/or manage your installed applications. 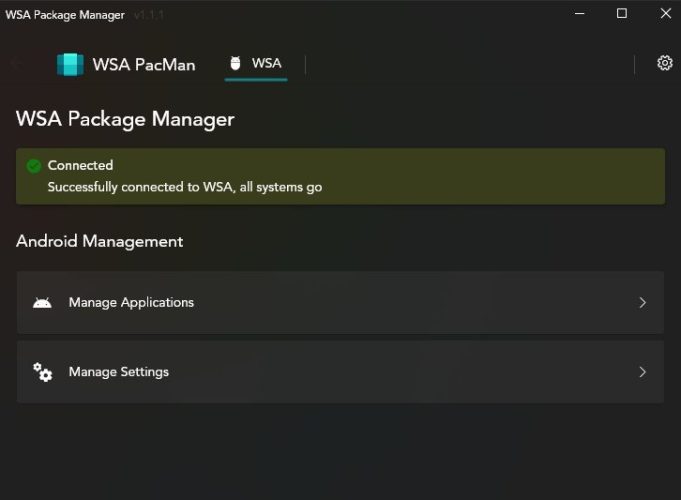 You can also click the Settings icon to adjust various options. 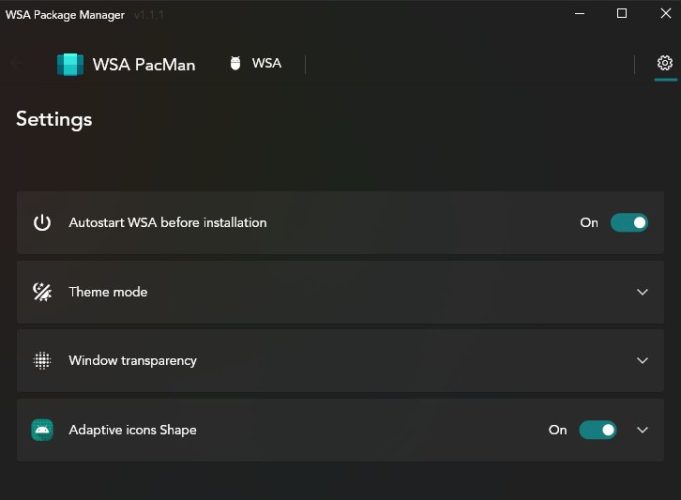 Since I first wrote about WSA-PacMan, the developer has added a number of features including: 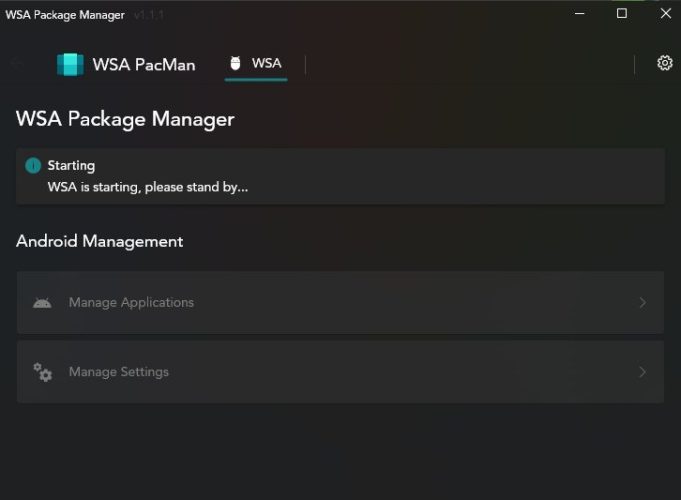 You can find more details about WSA-PacMan as well as the latest build and the source code at the developer’s GitHub page.

One other thing to keep in mind is that it is possible to install the Google Play Store on Windows 11 PCs with the Windows Subsystem for Android, but it’s a tricky process that involves jumping through a bunch of hoops and it’s unclear if it will continue to work properly as Microsoft rolls out updates to WSA.