When Hulu launched in 2007, online video largely meant user-generated video… even though YouTube had only been around a few years. Hulu changed things by bringing TV shows and movies online… with the cooperation of TV networks and movie studios.

Hulu was entirely ad-supported and free to use when it launched, but a few years later the company introduced Hulu Plus: a service that offers a much deeper back catalog of content for $7.99 per month. Subscribers still need to put up with ads though… something which has always rubbed some potential customers the wrong way since Netflix and Amazon Prime don’t show ads to paying subscribers (although cable and satellite TV providers clearly do).

Now the Wall Street Journal reports that Hulu is considering a new option that will let subscribers pay more money in order to get rid of the ads. 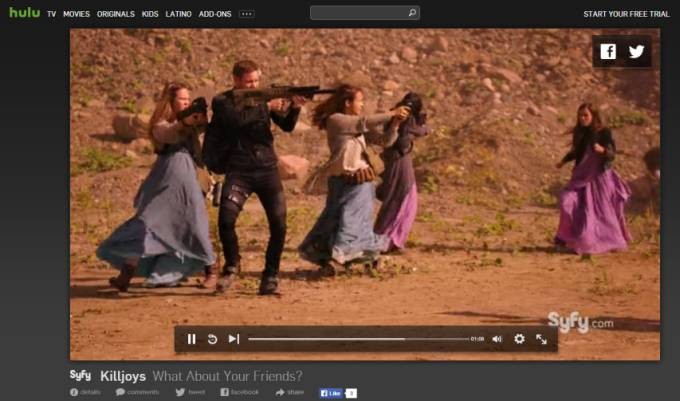 The service is reportedly code-named NOAH, for “No Ads Hulu,” and the Wall Street Journal says detailed haven’t been finalized yet, but the service could cost $12 to $14 per month

That would make Hulu’s ad-free tier significantly more expensive than Netflix or Amazon Prime… but Hulu offers something those services don’t: access to a library of currently-airing TV shows as well as a big back catalog of older episodes, movies, and series.

While Hulu doesn’t have access to everything that airs on network television, the company does offer many current shows from broadcast and cable networks within hours or days of their original air date. You typically have to wait months for those same episodes to show up on rival services.

So what do you think? Would you be willing to pay as much as $14 per month for NOAH?

5 replies on “Would you pay more for Hulu without ads?”