Facebook has been coming under some pretty heavy scrutiny for its privacy practices. That’s caught the attention of lawmakers in the US and abroad, and it’s led many people to consider joining the #DeleteFacebook movement.

While Facebook is trying to win back users (and avoid hefty fines related to Europe’s new data privacy regulations) by making some changes, the company is also considering doing something it’s never done before: offering a paid, ad-free version of its service.

According to Bloomberg, Facebook hasn’t decided it will offer a paid version yet. But the company is said to be conducting market research to find out how the idea is likely to be received. 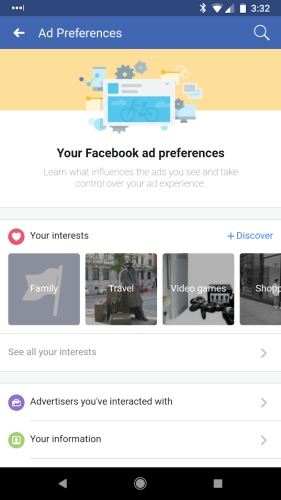 Facebook has no plans to do away with the free tier. The company still makes most of its money on ads, and part of the reason is that Facebook has a lot of data about its users, allowing advertisers to precisely target users who are most likely to be receptive to their messages.

It’s hard to imagine that Facebook could get enough of its 2 billion users to pay for premium accounts to eliminate ads altogether. But Bloomberg says the company is trying to figure out if offering a paid service would help bring some folks who have been resistant to use Facebook into the fold.

I could also imagine casual users becoming more engaged if they see more content from their friends and less sponsored content from brands.

What’s your take? Would you be willing to pay for an ad-free Facebook? I’m going to make this a yes or no poll… but I know there’s a lot more nuance to this question. So feel free to weigh in with comments about how Facebook would have to pay you before you’d consider signing up, it depends on the price, etc.

Personally, I’m somewhat careful about the types of things I share on Facebook, but I do value it as a way to keep in touch with old friends scattered around the world who I might otherwise have lost touch with years ago. Maybe I’d even be willing to pay a few bucks for a better version of that service, especially if it meant Facebook as harvesting less of my data.

24 replies on “Would you pay for Facebook if it were ad-free?”