YouTube is reportedly getting ready to launch a music-on-demand service that will let subscribers listen to any song and watch any music video in the YouTube catalog at any time… which is something you can kind of already do for free.

But Billboard reports the new service would let you cache music so you can listen without an internet connection, remove advertisements, and access all of your content on mobile devices. 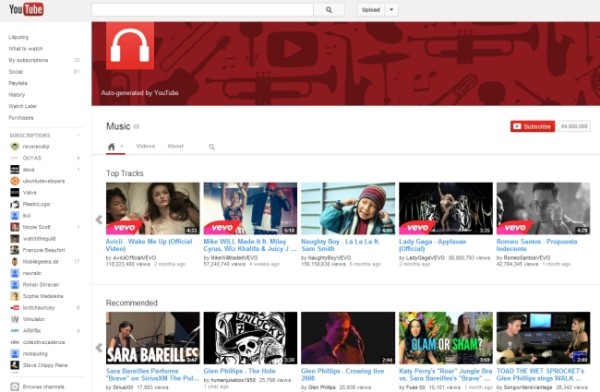 YouTube’s parent company Google already offers a subscription-based music service called Google Play Music All Access. And the YouTube service would compete with Spotify, Rdio, and a number of other popular services.

But a YouTube service would have a few advantages. It’d support music videos. And it’d leverage the name of a service that millions of people already use as a sort of de facto music-on-demand platform.

The problem is that people are used to turning to YouTube to find virtually any song for free. A subscription service could be a hard sell — but if Google offers enough goodies with a premium service, including ad-free and offline playback, it could appeal to some folks.

Billboard suggests the move would also help Google get more flexible licensing deals with record companies, which could come in handy as the company plans to expand into new territories such as Google Glass.

What do you think — would you pay to use a YouTube music subscription service?

4 replies on “Would you pay for a premium YouTube music-on-demand service?”