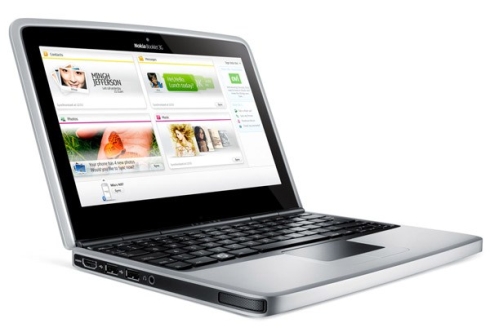 This morning Nokia and Best Buy announced that the retailer would be the exclusive distributor of the Nokia Booklet 3G in the US. There’s still no final word on pricing, and since the Booklet 3G comes with an integrated 3G modem, I’m guessing it’s going to sell for far less than the $800 price that’s been floating around. But Nokia has made it clear that in areas where you can purchase the laptop without a 3G service plan, that’s the price.

Today Randall Bennett and CNet’s Erica Ogg and I got together to discuss the prospects for an $800 netbook. It was also an opportunity to test out the webcam on the CTL 2go Classmate E10 netbook, which I used for my end of the conversation. You can check out the video from today’s TechVi video show after the break.

For some reason, the video was rather glitchy during the first half of the show. It’s not clear if the problem was on my end or Randall’s (He was recording the call). But during the second half the video is pretty darn good for a webcam that comes with a laptop designed for children.

7 replies on “Would you pay $800 for a netbook? (Also, testing the latest Classmate PC webcam)”