Rumor has it that Microsoft may pull the plug on the Live Tiles feature in Windows 10. Actually, that rumor has been making the rounds since last summer when Microsoft (apparently accidentally) released a Windows 10 preview build with a revamped start menu — and no Live Tiles.

But a new report from Windows Latest adds a bit of fuel to the fire with the assertion that “people familiar with the development” say that Microsoft will remove Live Tiles from Windows 10 sometime in the next year or so.

I have no idea if there’s any merit to the rumors. But I do know that I personally have never paid much attention to Live Tiles. So that got me wondering… would anyone actually miss them if they were gone? 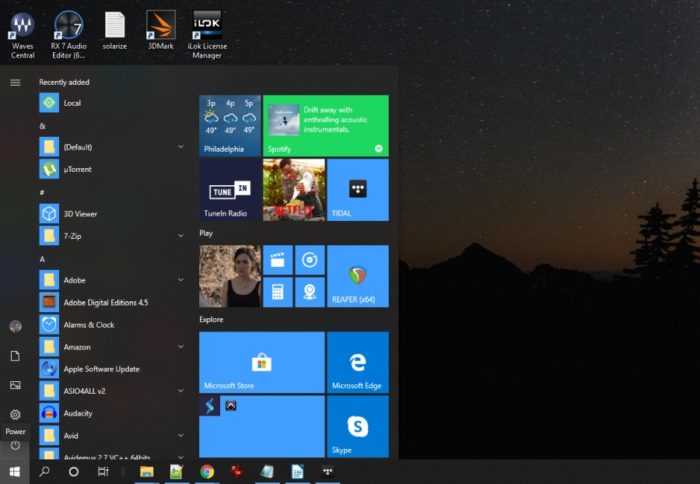 First off, let’s talk about what Live Tiles are and what they’re for.

Open the Windows 10 start menu and you’ll see a set of app icons and names on the left, plus a series of squares and rectangles on the right — those are called Tiles. What makes one “Live” is the ability to constantly refresh and display different content.

For example, the Microsoft Weather app has a Live Tile that can display the current weather conditions. Music apps like Spotify can show suggested playlists. The Netflix Live Tile displays thumbnail images of TV shows or movies you’ve been streaming. And honestly, I just kind of forget they exist most of the time.

The idea had more merit when Live Tiles first debuted with the launch of Windows Phone 7 almost a decade ago. At the time, they offered a way to get information-at-a-glance on the home screen of your smartphone without having to open a full app. But Windows Phone is dead, and Live Tiles have never felt nearly as useful in the Windows Start Menu… which you probably only ever open briefly to launch an app, not to look at.

So when Microsoft introduced a brand new version of Windows designed for dual-screen tablets, maybe it wasn’t a big surprise that the company left out Live Tiles from the brand new Windows 10X Start Menu.

And maybe it won’t be much of a surprise if the company eventually does away with them in a future update to the desktop/laptop version of Windows. After all, we’ve kind of been expecting it for nearly a year.

Then again, maybe there are some die-hard Live Tile fans out there. So what do you say?

24 replies on “Would you miss Windows 10 Live Tiles if they were gone?”