When Google first launched Chrome OS, it was basically an operating system built to support a single app: the Chrome web browser. The idea was that you could use Chrome to access thousands of web apps and millions of websites… but early Chromebooks were often criticized for being virtually useless if you didn’t have an internet connection or if there wasn’t a web app that could do what you needed.

In recent years web apps have gotten more powerful (often adding offline capabilities, among other things), and Chrome OS has gotten a lot more useful thanks to the addition of support for Android apps and the Google Play Store. There’s also beta support for running Linux apps. And soon you may be able to install Windows 10 on a Chromebook too.

According to a report from xda-developers, it looks like Google may be planning a new feature called Campfire that allows you to install Windows on a Chromebook and switch between Chrome OS and Windows by rebooting. 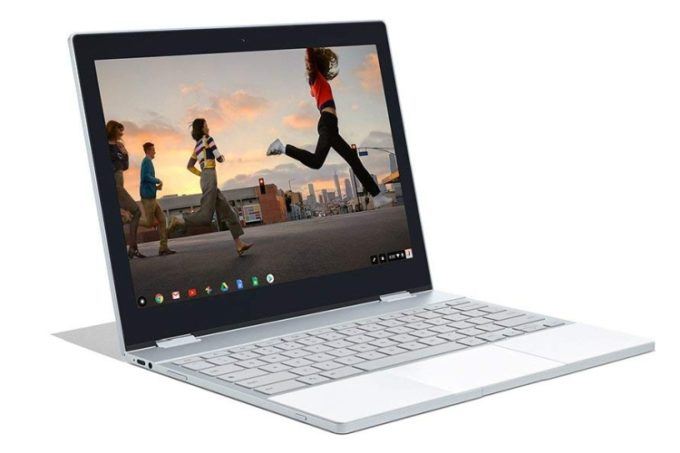 The feature would sort of be Google’s answer to Apple’s Boot Camp feature, which makes it possible to dual boot macOS and Windows on a single Mac computer. Apple added the feature for folks that want to use Mac hardware and software… but who may need to run some applications that are only available for Windows. It’s likely that Google’s Campfire feature would serve the same purpose.

Technically Chromebooks are just laptop computers that happen to run Chrome OS instead of Windows, Mac, or another Linux-based operating system. But since they’re designed for Chrome OS they tend to have keyboards with some Chrome-specific keys and they tend to have some security features that keep you from doing things like loading an alternate operating system and dual booting unless you enable developer mode (which also disables some of those security features).

Xda-developers says Campfire will allow you to dual boot Windows and Chrome OS without switching to developer mode, which means you get all the benefits of Chrome OS and Windows.

There is one major catch though: Windows takes up a lot more disk space than Chrome OS. There are a lot of cheap Chromebooks on the market with just 16GB or 32GB of eMMC storage. You won’t be able to install Windows 10 on any of those devices.

According to xda-developers, you’ll need a computer with at least 40GB of storage space (10GB for Chrome OS and 30GB for Windows), and you’ll probably want even more than that.

It’s not clear at this point if Google plans to make Campfire available for every Chromebook with more than 40GB of storage or just for specific models. It wouldn’t be surprising to see the feature included in upcoming Google PIxelbook laptops or to be rolled out as a software update for previous-gen Google Chromebooks with 64GB of storage or more. But there’s no word on whether you’ll be able to install Windows on existing or upcoming Chromebooks from companies like Acer, Asus, Dell, HP, or Lenovo.

I also wouldn’t hold my breath waiting for Windows support for Chromebooks with ARM-based processors. While Microsoft has developed a version of Windows 10 that runs on computers with ARM chips, you can’t currently buy Windows 10 on ARM and install it yourself. You need to buy a computer that comes with it pre-installed, and I somehow doubt that Microsoft is going to want to encourage PC makers to ship computers with Windows 10 and Chrome OS pre-loaded.

A couple of years ago a handful of PC makers wanted to ship tablets that could dual boot Windows and Android, but Microsoft pressured them to drop those plans.

22 replies on “Would you dual boot Windows on a Chromebook if you could?”