The Microsoft Surface Duo and Duo 2 are mobile devices that get their name from the dual-screen design that makes the devices unlike just about any other phone or tablet currently on the market.

Shipping with Android software and a bunch of Microsoft apps and services pre-installed, it’s easy to think of them as phones. But what if Microsoft released a Surface Duo without the ability to make calls or connect to the internet over mobile data? 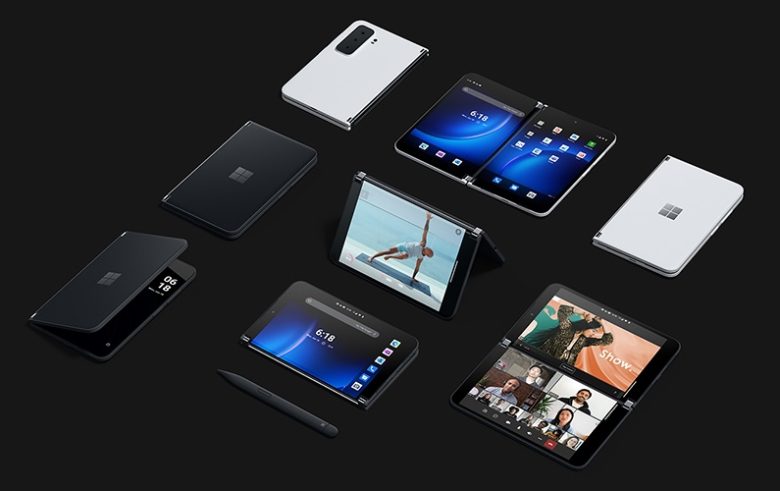 Looks like a Surface Duo 2 (WiFi) model was planned but scrapped after EV2 if we believe the official sources for the devicehttps://t.co/2UA9SxrwYW pic.twitter.com/VfEYDc21Jt

And in some ways, the move would make sense. When Microsoft first introduced the original Surface Duo, the company didn’t really call it a phone. Sure, you can use it to make calls, but the dual-screen device isn’t the size or shape of a typical phone. When folded in half and used as a single-screen device, it’s got a 4:3 aspect ratio that’s a bit awkward to hold by your ear. And when unfolded it’s more like a book than a tablet thanks to the line that runs down the middle.

The unusual design allows you to run one app on each screen or place the Duo on a table and use it like a tiny laptop, with a virtual keyboard or other input device on the lower screen and an app running on the top screen. And that’s just the tip of the iceberg of possibilities.

But the Surface Duo and Surface Duo 2 were both pretty expensive devices at launch, and it’s unlikely that cutting the cellular modem would shave that much off the price. So it might be hard to justify spending $1000+ on a dual-screen handheld when you could get a much better Android tablet + keyboard combo for a lower price… unless you really want a foldable device that’s small enough to slide into a pocket but versatile enough to use as a phone or tablet-sized device.