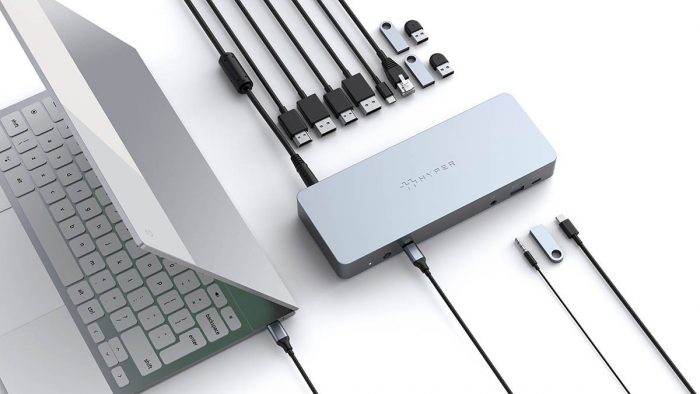 Several manufacturers are getting in on the action. Hyper is offering up a pair of models: a full-featured 14-in-1 unit and a more compact 5-port hub. Both connect via USB-C, and they’ll both go on sale this August.

The 14-in-1 dock (pictured) packs a total of four dedicated video outputs — two HDMI and two DisplayPort, all capable of 4K resolution at 60Hz. Up to three monitors can be connected at those maximums simultaneously. The dock also has three USB-C ports (one with 65W power delivery), 3 USB 3.0 type A ports, 2 USB 2.0 type A ports, gigabit Ethernet and 3.5mm audio output. Hyper also include a vertical desk stand, or you can attach the dock to a standard VESA mount. This model will be priced at $239.99. 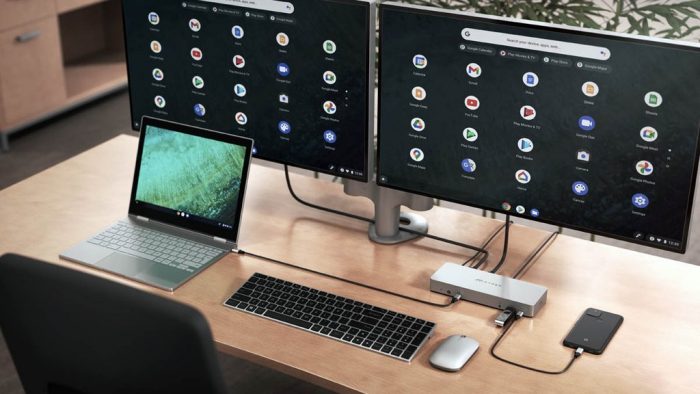 Targus will likewise offer two models. One will be a larger desktop-style dock, the other a portable unit built for productivity on the go. Targus has not announced pricing yet and only states that the docks will arrive “later this year.”

Google notes in its announcement that Acer, Belkin and StarTech also plan to bring docks to the Works With Chromebooks program.

One important note about all of these docks is that they will support automatic firmware updates via Chrome OS. Any of these devices could wind up being targeted by malicious hackers, especially with Chromebooks gaining such a strong presence in schools and corporate settings.

It’s critical that Google and its OEM partners be able to deliver patches for any vulnerabilities that are discovered quickly and easily. Security remains a major selling point for Chrome OS, after all.