Google has announced that Asus, TCL, Hisense, and other companies are getting ready to show off new Google TV devices, joining LG, Vizio and Sony. All told, 9 companies will soon be offering set-top-boxes and smart TV sets with Google TV softwae soon.

But while new hardware is on the way, the folks at GTV Hackers have been busy working to make current-generation Google TV devices more useful.

They’ve been developing a method for installing custom kernels on most current Google TV devices, as well as a custom recovery utility aimed at Google TV. 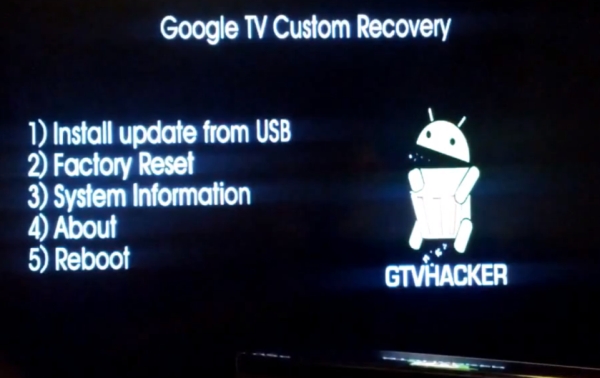 While Google TV is based on Android, the platform is generally locked down much more securely than Android. There are also enough differences in the code that you can’t just port ClockworkMod or TWRP recovery to run on a Google TV box like the Sony NSZ-GS7.

GTV Hackers wrote a new custom recovery app specifically to work on those devices, and while it’s currently in private beta, they’ve produced a video showing the software in action.

Like other custom recovery tools, you can use the GTV Custom Recovery to install software updates, root your device, or perform a factory reset by wiping your data.

Once you have a rooted device you can convince it to do things that wouldn’t normally be possible on a Google TV box, such as installing unsupported apps generally modifying the way your smart TV device works.

One reply on “With new Google TV hardware on the horizon, hackers work to unlock current GTV boxes”