We’ve already seen what the new 4G version of the BlackBerry PlayBook table looks like (picture a WiFi-only PlayBook, then slap a 4G sticker on the side). Now comes word that wireless carriers across the globe are testing new 3G and 4G versions of the 7 inch tablet for use on their networks. 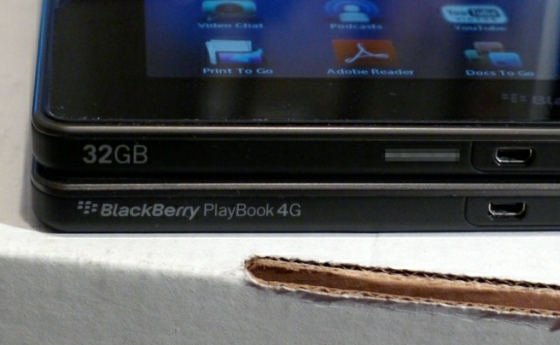 BerryReview reports the PlayBook 3G and 4G tablets will run a new version of the PlayBook operating system. OS 2.0.1 adds support for mobile broadband features, but otherwise I suspect it will be nearly identical to PlayBook OS 2.0.

In the US, AT&T, T-Mobile, and Verizon are reportedly testing the new tablet, while Rogers is testing it in the UK.

Carriers in the UK, Australia, German, Brazil, Singapore, and other companies are also working with the tablet, and there’s a chance that it could be launcher as soon as May.