Wine is a compatibility layer that makes it possible to run some Windows apps on non-Windows operating systems. For the most part this means running Windows games and  other software on computers running Linux. But one day you may be able to use Wine to run Windows desktop apps on an Android phone or tablet as well. 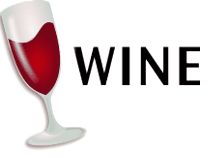 Phoronix reports that there are two interesting (and  related) projects in the Wine world at the moment. First, developers are adapting Wine to run on devices with ARM-based  processors. And second, Wine is being adapted to run on Android.

The two go hand-in-hand, in that most Android devices currently use ARM-based chips. But Intel  has also been pushing  its low power Atom x86 processors for Android phones and tablets, so Wine for Android could also theoretically run on devices with x86 chips.

Either way, the project could make it possible to run full desktop apps on a mobile device… although Wine has never been 100 percent compatible with All Windows software. Many apps won’t run at all on a Linux computer with Wine installed, and others will run… but some  features may not work properly.

Right now Wine for Android is only in its infancy, but it’s not the only attempt we’ve seen to get Windows apps to run on Android. Winulator makes it possible to run some classic Windows games on Android devices. But Wine is a popular free software solution developed by volunteers with some backing from commercial companies such as CodeWeavers (whose CrossOver software is based on Wine). So this should be an interesting space to watch.