Microsoft currently has 3 operating systems for consumer devices: Windows, Windows RT, and Windows Phone. And according to the new head of Windows, Julie Larson-Green, that’s at least one too many.

Speaking at the UBS Global Technology Summit recently, she told attendees that eventually “we are not going to have three.” 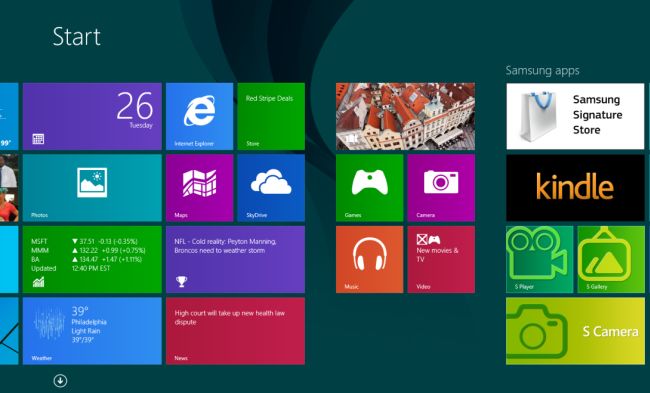 While Larson-Green didn’t elaborate, it’s likely that Windows RT is the odd operating system out and that it could eventually be merged into Windows Phone or simply replaced with full-fledged Windows software.

Windows RT is basically a stripped-down version of Windows designed to run on low-power devices with ARM-based processors. Because ARM chips have a different architecture than most Intel and AMD chips, the vast majority of apps developed for Windows won’t run on Windows RT (at least not unless they’re recompiled to work with ARM chips).

Most apps designed for the new “Modern” or “Metro” user interface do run on both Windows 8 and Windows RT. But if you want to run iTunes, MediaMonkey, Photoshop, GIMP, LibreOffice, or other desktop apps you’ll need Windows and not Windows RT.

It made a lot of sense for Microsoft to develop Windows for ARM a few years ago when the iPad was dominating the tablet space. But by the time Windows RT arrived a funny thing had happened: Intel had slashed power consumption of its Atom chips, enabling device makers to release tablets with the full version of Windows without really sacrificing battery life.

Given the choice between a Windows RT tablet and a Windows 8 model there’s almost no reason to choose the RT model — especially since the prices tend to be similar.

And given a choice between a Windows RT device and one running Android or iOS, the Windows RT tablets still don’t look so good: Not only can they not run desktop Windows apps, but as of late 2013 some of the most popular mobile apps for Android and iOS still aren’t available for Windows.

Things might have been different if Microsoft had marketed Windows RT as an extension of its smartphone operating system, Windows Phone. Nobody really complains that iPads don’t run OS X software because they’re basically big iPhones. If the Microsoft Surface and other Windows RT devices were basically big Windows Phone devices nobody would expect them to run desktop software.

So maybe that’s what Larson-Green is suggesting: in the future Windows RT and Windows Phone could merge and Microsoft could take a more Apple-like approach to mobile devices such as phones and tablets.

Or maybe something else will happen: Maybe Windows Phone will start to look more like desktop Windows software. As more and more apps are developed for the Windows “Modern” user interface, it’ll be easier for developers enable support for phones, tablets and desktops with ARM or x86 processors. You may eventually be able to use a single Windows Store to download apps that will run on any of your devices, and rather than paring down three operating systems to two, Microsoft’s grand plan could involve just a single Windows operating system that runs across all your devices.

Whether you’ll be able to run Flash Player, Steam, iTunes, Thunderbird, or other desktop apps on that operating system remains to be seen.

32 replies on “Windows, Windows RT and Windows Phone: At least one will probably die”