Microsoft is updating Windows 8.1 to make it a bit easier to use for people using a notebook or desktop with a mouse and keyboard.

While the last few versions of Windows have been designed explicitly to make the operating system more touchscreen-friendly, Microsoft has been a bit criticized for changing the user interface so dramatically that it’s unfamiliar to long-time Windows users.

Among other things, the Windows 8.1 Update is designed to address those concerns… and to encourage mouse and keyboard users to get apps from the Windows Store.

Windows 8.1 Update will be available as a free update starting April 8th. It’s available to developers through MSDN immediately. 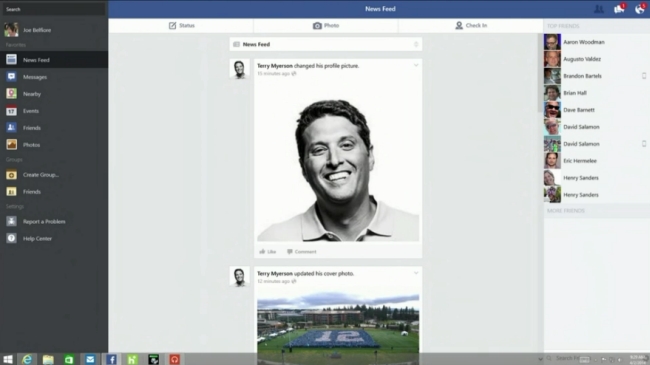 As expected, one of the biggest changes in Windows 8.1 Update is support for running Windows Store apps in desktop mode.

You can see icons for currently running Store apps in the taskbar, and you can pin any of those apps to the taskbar. When running in desktop mode, these apps will also now have a toolbar at the top of the screen which you can use to minimize apps.

That means you can continue to use Store app as tablet apps which you can interact with by using touchscreen gestures. But you can also fire up the Facebook app, for example, in desktop mode and treat it like any other Windows app. 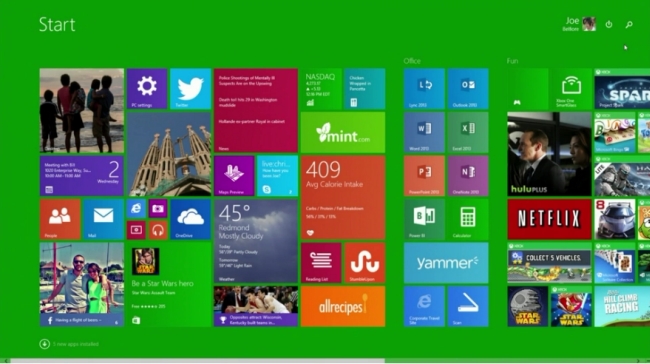 Microsoft has also tweaked the Windows 8.1 start screen by including dedicated power, search, and settings buttons in the upper-right corner of the screen. That means they’re always visible and you don’t need to swipe from the edge of the screen or move your mouse cursor to a corner of the screen to bring up the power options or settings menus.

You can also now right-click on items in the Start Screen to bring up a context menu, or select multiple Start Screen tiles to move or arrange them together.

Another update is an “enterprise mode” for the Internet Explorer 11, allowing the web browser to access older sites that might not be able to recognize newer versions of the browser. In other words, you may not have to visit a website in IE11 and be told to “upgrade to IE8” anymore.

18 replies on “Microsoft unveils Windows 8.1 Update with emphasis on mouse and keyboard use”