Microsoft’s Windows Terminal app is less than a year old, and it’s still more of a public preview than a fully functional replacement for other Windows command line tools. But it keeps inching closer.

The latest release is out today, and Windows Terminal v0.10 brings a bunch of bug fixes and a handful of new features. 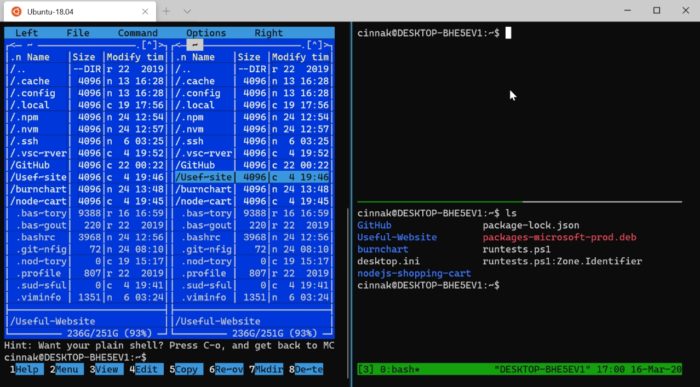 While most command line tools can be easily navigated using nothing but a keyboard, some are designed to accept mouse input as well — and now if your’e using the Windows Terminal to access the Windows Subsystem for Linux, you can use a mouse for tools that use virtual terminal input.

For example, Midnight Commander will let you move the mouse cursor or select items.

Microsoft has also added a new “duplicate pane” option that lets you add a second pane to the terminal that starts from an identical state to the one you’re currently using. As the GIF below makes clear, you’re not limited to running two panes side-by-side — you can open a whole bunch of panes.

Other changes in Terminal v0.10 include:

You can read more about the latest bug fixes and other changes in Microsoft’s release announcement and the release notes at github (I’d actually recommend checking those out — they’re surprisingly funny).

The Terminal app is available from the Microsoft Store and from github.