Microsoft’s Windows Terminal is designed to be a modern replacement for all of the various command line tools baked into Windows. The first preview was released in June with support for tabs, support for themes, custom configurations, and Unicode and UTF-8 character support.

Since then, Microsoft has kept plugging away at the app, and now Windows Terminal Preview version 0.7 introduces a few key new features including support for panes.

Not only can you now open multiple instances of the terminal in tabs — you can view two terminals in side-by-side panes within the same window. 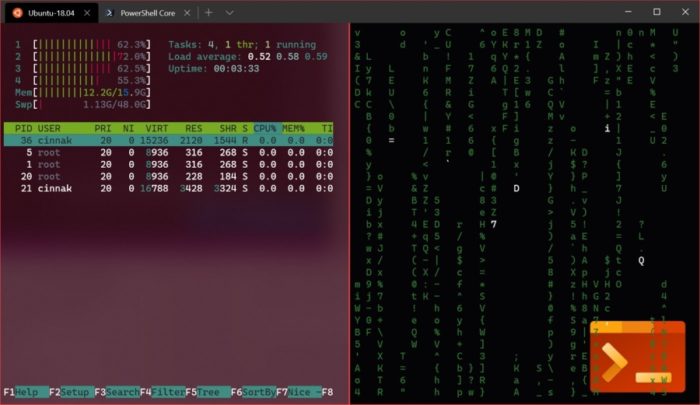 Microsoft notes that panes are still a work in progress — right now you can only open your default profile in a pane. The ability to open any profile is planned for a future release.

Other updates in the latest release include:

Windows Terminal is available from the Microsoft Store and the source code is hosted at github. the app can be used to interact with command-line tools including the Windows Command Prompt, PowerShell, and Windows Subsystem for Linux.