Microsoft is introducing a new Windows 10 feature that could make it a little safer to run random programs you download from the internet. It’s called Windows Sandbox, and basically a virtual machine that lets you run applications without worrying that they’ll make changes to your core operating system files.

It’s expected to be included in the next major release of Windows 10, coming in the first half of 2019. But it won’t be available to everyone — Microsoft is only promising that Windows Sandbox will work with Windows 10 Pro and Windows 10 Enterprise. Windows 10 Home users may be out of luck.

Update: Windows Sandbox is included in Windows Insider Preview Build 18305, which is rolling out starting today. 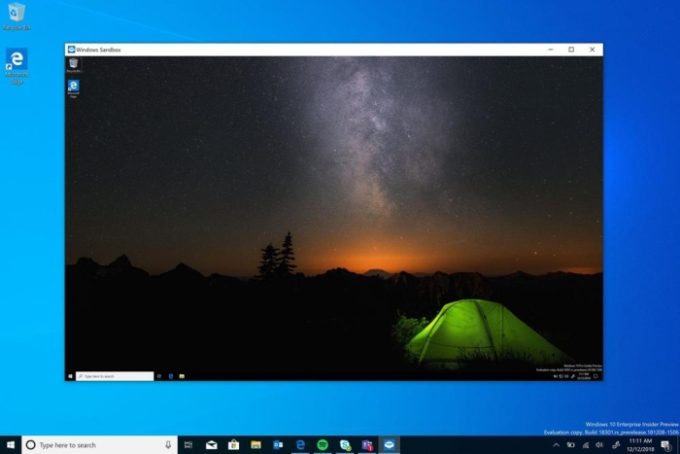 Theoretically you could already set up a Windows virtual machine on your computer in order to run software in a safe, sandboxed environment. But it requires jumping through some hoops and maybe even paying for an extra Windows license.

Incorporating a sandbox at the operating system level streamlines the process and makes it easier to create a clean environment every time you run it. In fact, that’s one of the key features — every time you run Windows Sandbox it’ll be like you’re running a brand new Windows installation, an every time you end the session it’ll be like it never happened — no data will be saved and no files or settings will be changed on your computer.

That means that you probably wouldn’t want to use Windows Sandbox for software you use on a regular basis because it won’t save your application’s preferences, history, or other important data. But it provides a safe way to test a new application before deciding whether to install it for real. I suppose it could also be a sort of supercharged incognito/private mode for web browsing or other activities where you’d rather not save your history and preferences between sessions. 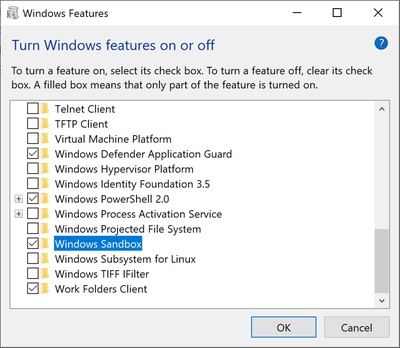 Microsoft says Windows Sandbox is streamlined so that it doesn’t require a ton of system resources. It also uses the copy of Windows 10 already installed on your computer as its source for the virtual machine, so there’s no need to download or install a new disc image.

But there are some minimum requirements your computer will need to meet:

The virtual machine makes use of hardware-accelerated graphics, recognizes a computer’s battery state for power consumption optimization, and it’s optimized to share system memory with the host operating system.