Microsoft may have pretty much given up on Windows Phone, but if you’ve got a Lumia smartphone running Windows Phone software there’s a new tool that you can use to unlock the bootloader and flash custom firmware.

About two years after releasing a version of Windows Phone Internals that could unlock some Lumia devices running Windows Phone 8.1 or Windows 10 Mobile, developer Heathcliff74 has released WP Internals version 2.2.

This time it’s compatible with all Lumia phones, including some that didn’t work with the older version. 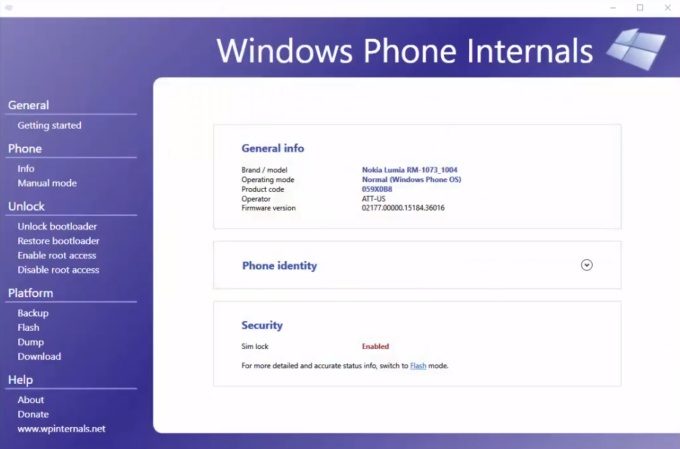 The utility can be used to unlock or re-lock a bootloader, enable or disable root access, and enable mass storage mode for copying files to and from the phone.

Windows Phone Internals 2.2 also lets you backup data from your phone or flash custom firmware. In other words, you should be able to install custom ROMs on Lumia phones.

So even after Microsoft stops supporting the devices, it’s possible that independent developers will be able to create their own system updates and load them on the devices. If and when Microsoft starts developing new operating systems for mobile phones (like a version of the upcoming Windows 10 on ARM, maybe?) hackers may even be able to port it to run on older Lumia devices.

If you’re wondering whether this will let you load Android or other non-Windows operating systems on a Lumia phone, the answer is… not really.

Theoretically it should be possible for an ambitious and skilled developer to port Android to run on a Lumia phone. But it would require creating Android drivers for Lumia-specific hardware components and repartitiong the storage space, among other things. While folks have been keeping dead devices alive by installing Android on them for years, Heathcliff74 suggests that if you want an Android phone… you should just buy an Android phone. They’re not very expensive.

via xda-developers and Thurrott