The HTC HD2 was released in 2009 as one of the most powerful phones ever to ship with Windows Mobile 6.5. Unfortunately HTC and Microsoft never released Windows Phone 7 for the HD2… but that hasn’t stopped hackers from porting WP 7, WP 7.5, and even MeeGo, Ubuntu, and Google Android to run on the handset.

Now it looks like even Windows 8 is up and running on this phone that refuses to die. 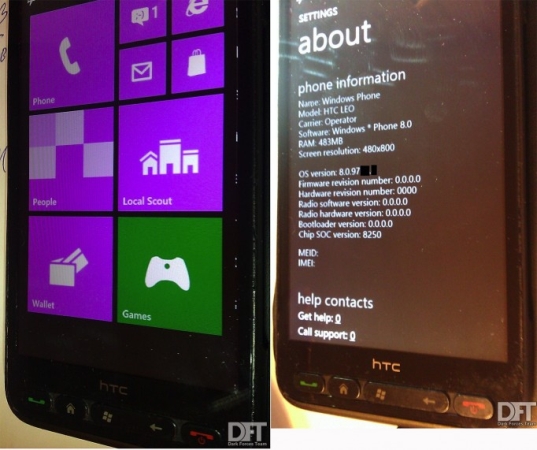 The hackers at Dark Forces Team have posted some pictures of the HTC HD2 running an early build of Windows Phone 8. These are just pictures, so we don’t know how responsive the phone is or how well it handles Microsoft’s latest software.

But getting Windows Phone 8 to boot at all is pretty impressive, since the operating system includes tight security that should prevent it from running at all on unauthorized devices.

By today’s standards that might not sound very impressive. But it’s pretty much the best 2009 had to offer. While you can pick up a used HD2 for under $200 on eBay, I’m not sure I’d bother paying the asking price when there are far better options available. But if you happen to have an HD2 lying around, it’s nice to know that you may soon be able to breathe new life into it… again.