Windows Package Manager is a free and open source utility from Microsoft that allows you to download, install and manage apps from the command line in Windows 10 or Windows 11. First introduced in 2020, the software is basically Microsoft’s answer to the command line package managers commonly used in GNU/Linux distributions. But instead of starting commands with “apt,” like you would in Debian or Ubuntu, for example, you start them with “winget.” And run them on a Windows PC.

Now Microsoft has released Windows Package Manager 1.3 with support for a few new commands, options, and settings. It also adds support for portable apps which aren’t installed to the Windows Registry. 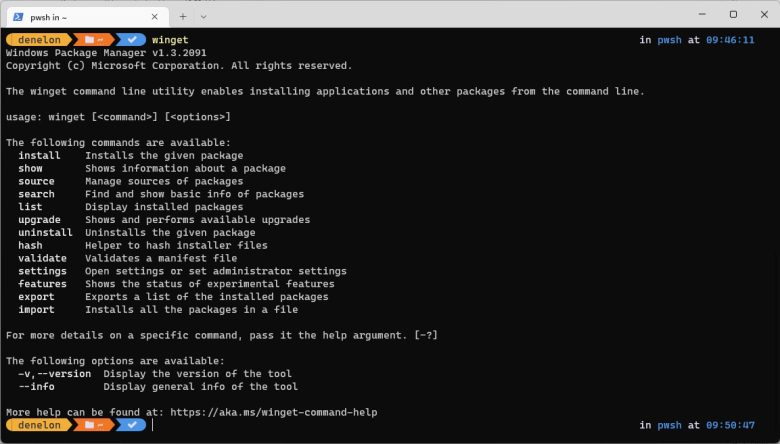 Windows Package Manager comes pre-installed on Windows 11 and recent builds of Windows 10, but if it’s not already installed on your computer you can set it up by installing App Installer from the Microsoft Store.

Once installed, you can fire up any Windows command line utility including the Command Prompt, PowerShell, or Windows Terminal and type “winget” (without the quotes) to get a list of commands that will let you do things like install, upgrade, or uninstall software, list all installed packages, or modify settings, among other things.

Not all Windows applications can be installed using Windows Package Manager: developers need to submit their programs to Microsoft’s repository. But you can use the “winget search” command to search by keyword to find available packages.

Also keep in mind that while Windows Package Manager is a command line utility, not everything happens in the command line. When you use the “winget install” command, you’ll see a progress bar as the app is downloaded and the installation begins, but if the application has a graphical installer, that will open and walk you through the rest of the process.

Anyway, back to version 1.3. Among other things, the update brings:

You can find more details in the Windows Package Manager 1.3 announcement or read the release notes at GitHub.