The first Windows 10 PCs with ARM devices started shipping recently, and they really do run a version of Windows that looks nearly identical to what you’d see on a computer with an Intel or AMD processor. The only catch is limited app support.

Today you can use Windows on ARM to run 32-bit applications whether they’re compiled for x86 or ARM architecture. But soon you’ll be able to ARM64 apps as well.

Microsoft has released a preview of a new software development kit that allows developers to create 64-bit ARM apps that will run on Windows 10 PCs with Qualcomm Snapdragon 835 processors (or other ARM-based chips if and hen any PCs with other ARM chips arrive).

Oh, and it looks like the move will also let you use the Windows Subsystem for Linux on ARM PCs, allowing you to run native Linux apps on the HP Envy x2, Asus NovaGo, or Lenovo Miix 630. 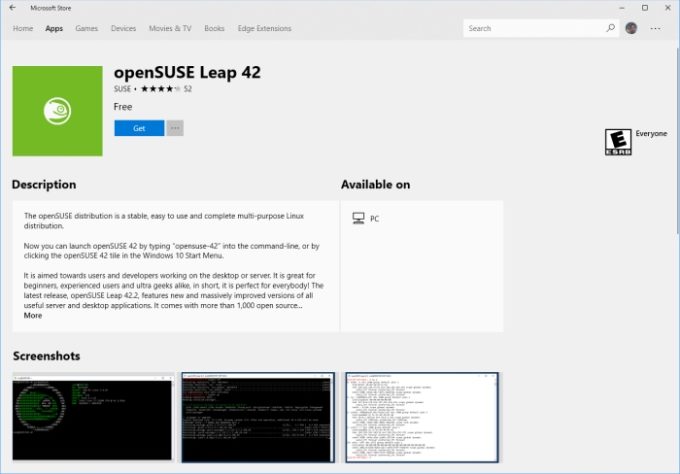 Visual Studio 15.8 Preview 1 includes an early preview version of the new SDK. Using it, developers can create Windows-compatible ARM64 apps for testing or even for distribution through your own website. But since this is just a preview, Microsoft isn’t letting developers submit those apps to the Microsoft Store yet.

As spotted by the folks at Neowin, during a presentation at the MS Build developer conference this week, Microsoft also showed Ubuntu running on a Windows 10 on ARM computer, meaning that Ubuntu (and other Linux distros) will be among the 64-bit apps you can install on these computers.

Microsoft introduced the Windows Subsystem for Linux when Windows 10 first launched, and the company has been adding new features over time. At this point you can download and install a bunch of different distros from the Microsoft Store, including Ubuntu, Debian, OpenSUSE, and Kali Linux. Once installed, you can open a bash terminal and run command-line tools, keep Linux processes running in the background while using Windows apps, and copy and paste between Linux and Windows.

The feature is primarily aimed at developers who want to use a single machine that runs both Windows and Linux tools. But it’s handy for anyone who’s comfortable with both operating systems and occasionally wants to run a Linux utility.

Meanwhile Google is also bringing support for running Linux apps to Chromebooks, and Google’s implementation isn’t limited to command-line tools. Over the past few months we’ve seen evidence that the company’s Crostini project would let you run full-fledged desktop apps, and this week Google confirmed that the feature will be coming to Chrome OS soon (an early version already works on the company’s on Pixelbook laptop).