Microsoft has announced its plans for Windows Media Center in Windows 8.

Media Center is a full-screen interface for accessing media on a Windows computer. It includes built-in tools for watching and recording live TV broadcasts, assuming your PC has a TV tuner, as well as menus for watching videos, viewing pictures, listening to music, and even watching Netflix videos with a plugin.

The software made its first appearance when Microsoft offered a special Windows XP Media Center Edition operating system in 2005. Starting with Windows Vista, the software was included with most versions of Windows. But when Windows 8 launches later this year, that will change. 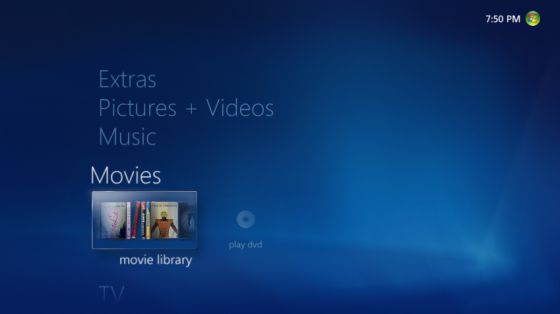 Microsoft will continue to offer Media Center — but now it will be available as a paid upgrade to Windows 8.

There are a few reasons Microsoft is going this route… and it’s hard to argue with them. In order to provide support for DVD playback and broadcast TV recording Microsoft has to pay licensing fees. Removing Media Center from most versions of Windows 8 will reduce the cost of the operating system for people that don’t need those features anyway.

Second, that covers most Windows users. Only a small percentage of Windows 7 users actually use Windows Media Center as it is… and according to Microsoft’s research a growing percentage of media is consumed from streaming video sites such as YouTube, Hulu and Netflix. Why charge all Windows customers for codecs they might not ever use?

In fact, Microsoft won’t even be offering support for DVD playback in Windows Media Player, the audio and video app that ships with most Windows computers. Even if you upgrade Windows 8 to add Media Center, Windows Media Player won’t be able to decode DVDs — at least not without third party codecs.

The good news is that those codecs will probably be provided by the maker of your DVD drive or other third party software. All Microsoft is doing here is removing the cost of licensing those codecs so that users who buy computers without disk drives aren’t paying for them.

Many third party media players such as VLC also have support for DVD playback built in.

But overall, Microsoft’s decision to make Windows Media Center a paid upgrade isn’t going to be good news to the small group of dedicated Windows Media Center users that have been using the software to record TV broadcasts, and view their media on home theater PCs hooked up to TV sets. But fortunately there are a few options for those users that don’t want to pay a premium price to upgrade.

You can stick with Windows 7… although that option won’t be as simple once Windows 8 is released and most new PCs come preloaded with the software. But you can also find a number of excellent media center applications that aren’t designed by Microsoft. And many of them are free.

XBMC is one of the most popular media center applications. It’s designed not only to handle music, movie, and photos, but also internet audio and video through dozens of excellent plugins.

There are also some decent options for that as well. Media Portal is a free and open source DVR app and media center. Personally I’ve been using the $99 BeyondTV DVR software for years and I’m pretty happy with it — but you should know that the developer no longer offers any significant updates and is instead focused on enterprise software.