It’s the end of the road for Windows Media Center. Microsoft has confirmed that not only will Windows 10 not ship with the media center software built-in, but you won’t be able to pay for any sort of upgrade pack to obtain it.

Die-hard Windows Media Center fans might want to stick with an earlier version of Windows for now… or to switch to an actively-developed media center app such as Kodi, MythTV, or Media Portal.

Update: Looking for an alternative to Windows Media Center? Check out Liliputing’s run-down of other media center and DVR solutions. 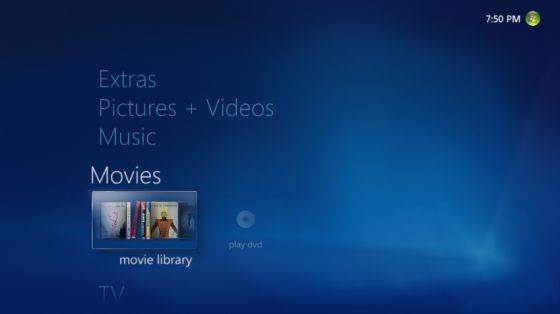 Windows Media Center made its first appearance in Windows XP Media Center more than a decade ago, offering users an optional user interface designed to be used with a TV-style remote control and to look good from about 10 feet away. Plug your PC into a TV, sit down on your couch, and you could use Windows Media Center to play music or movies, view photo slideshows, watch, pause, or record live TV (if your PC has a TV tuner), and do much more thanks to third-party plugins.

Microsoft included the software in Windows Vista and Windows 7. But when Windows 8 came around, the company removed Windows Media Center from the core operating system. Users could still pay $10 to add Media Center functionality.

Microsoft tells ZDNet’s Ed Bott that there won’t be any option for Windows Media Center at all in Windows 10 when it launches this summer. And if you upgrade a PC to Windows 10 from an earlier version of Windows, you’ll lose Media Center.

The move’s a little disappointing, but not particularly surprising. Microsoft ceased development of Media Center in 2009 at a time when home theater PCs and media center extenders were falling out of fashion and standalone internet media devices were starting to gain traction.

These days Roku, Apple TV, Amazon Fire TV, Google Chromecast, and other devices allow you to easily turn a TV into an internet media center for between $35 and $100. But it’s kind of disappointing to note that Microsoft is killing off Media Center just as Windows-powered TV sticks like the Intel Compute Stick are starting to hit the market.

At least there are alternative software packages for HTPC enthusiasts. But few offer one of the key features of Windows Media Center: free TV guide updates for life. If you’ve been using Windows Media Center as a DVR, you might want to stay away from new versions of Windows for a while. Microsoft will continue to support Windows 7 through 2020, which should give you plenty of time to watch all of those TV recordings you’ve got on your hard drive while you try to think of a new solution moving forward.

30 replies on “Windows Media Center is dead, won’t be available in Windows 10”