Microsoft’s Windows Insider program allows users to test early versions of upcoming software. For most of the past year, that’s meant users could try out early versions of Windows 10 before they were available for wider release and help provide feedback to shape the future of the operating system.

Many of those preview features ended up in the latest stable build of Windows, which Microsoft is calling Windows 10 Anniversary Update. Want to keep testing new features? Then you can keep receiving Insider Preview builds via Windows Update.

But now that the Anniversary Update is rolling out, it might be a good time to take a breather if you’d rather stick with more stable software. 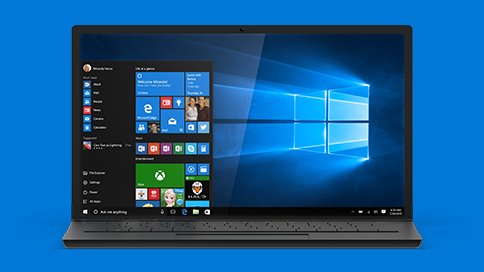 That’s because Microsoft is already preparing experimental new builds of Windows which will begin rolling out to testers soon… and as soon as you’ve installed those builds it’ll be tough to roll back to the latest “production” version of Windows.

So if you don’t want to live on the bleeding edge for a while, you can follow the steps outlined by Neowin to stop receiving Insider Preview builds.

And if you want to start getting preview updates at some point in the future, all you need to do is open the Windows Update settings, click the “Advanced Options” link, and then scroll down to the section marked “Get Insider Preview builds” and click on the “Get started” button. 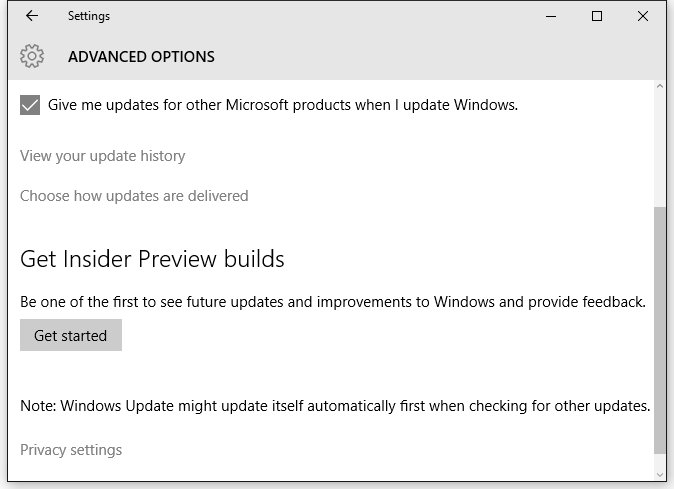