If you love it, set it free… and Microsoft is hoping that by setting Windows free it can encourage people (and device makers) to love its operating system. Starting April 2nd, 2014 Microsoft is offering Windows for free to smartphone and tablet makers designing products with 9 inch or smaller screens. 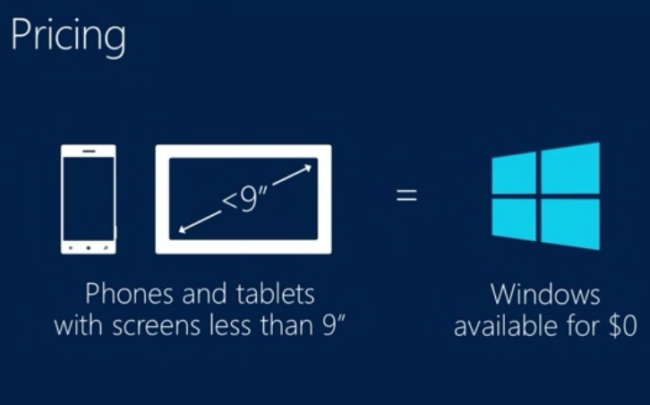 Sure, Google’s Android operating system is also free — but this move means that it now costs the same price (nothing) for a device maker to load Windows Phone, Windows RT, or Windows 8.1 software on a phone or tablet as it costs to load Android.

It’s already easy to find a Windows 8.1 tablet for $250 or less. Now that Microsoft is dropping the license fee for small tablet makers, don’t be surprised if prices fall even lower.

There are still more third-party apps available for Android, and Google’s open source operating system is easier for device makers to customize. But price may no longer be a differentiating factor.

Microsoft will also offer a free version of Windows for low-power “Internet of Things” devices soon.