Microsoft is expected to release Windows 8 in the second half the year. We’ve heard a lot about the new features including a new Metro-style touch-friendly user interface, support for ARM-based chips, and a new Windows Store for apps. 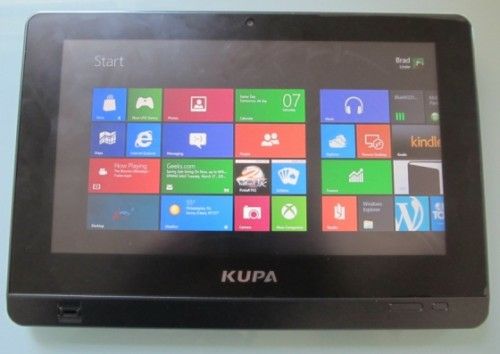 Now Microsoft has also unveiled that Windows 8 will come in four different versions:

Windows RT is the new name for Windows on ARM. You’ll get the same basic Windows interface as you get with the other versions, but Windows RT will only be able to run apps that are specifically written for ARM architecture.

Interestingly, Windows RT is the only version of Windows 8 that will come with a version of Microsoft Office pre-installed.

This version of the operating system also won’t be sold directly to consumers. It will come preloaded on tablets, notebooks, and other devices. You won’t be able to install yourself or upgrade from earlier versions of Windows.

Windows 8 is basically the new Windows Home Premium… but without the Home Premium label. This is the version of the operating system that will probably come preloaded on your next computer, and it includes all the basic Windows features, minus a few technical bits that you might not need anyway.

If you do need encryption, group policies, and remote desktop features, then you can buy or upgrade to Windows 8 Pro.

Windows 8 Enterprise is basically the Pro version plus some additional features that should be helpful to corporate IT folks. 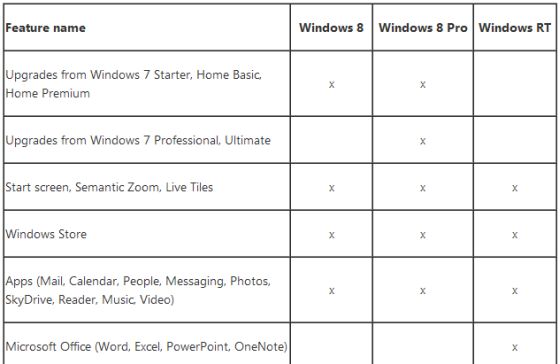 Noticeably absent from the list? Windows 8 Starter or Basic. It looks like Microsoft may be phasing out its low cost version of Windows designed specifically for netbooks.

14 replies on “Windows 8 will come in four flavors”