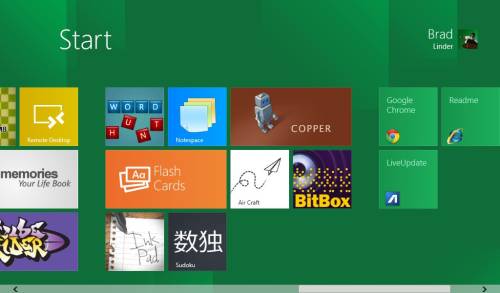 Windows 8 will be the first desktop operating system from Microsoft to support microprocessors with both x86 and ARM architectures. This week at the company’s Build conference for developers, Microsoft has been showing off laptop, desktop, and tablet computers with both x86 and ARM chips, and talking about how many of the new features in the operating system will work on both platforms — as will many apps. For instance, the company gave a demo of Microsoft Office running on a device with an ARM processor.

But while developers should be able to write new Windows 8 apps that are equally at home on ARM and x86 hardware, Microsoft says that apps explicitly developed for x86 platforms will not support Windows 8 running on an ARM device. This confirms what we’d heard earlier this year.

In other words, if you pick up a tablet, laptop, or other product with an NVIDIA Tegra 3 Kal El quad-core processor next year, it may be fast, light, and offer great battery life. But it might not run all of your favorite Windows app which you’ve been using since you bought your first Windows 95 computer.

In the future, developers will be able to write apps using any of the development tools supported by Microsoft, including HTML5, Silverlight, JavaScript, C, C++, C#, and VB and choose whether to support x86, ARM, or both. I suspect many of the new apps written for Windows 8 will work out of the box no matter what kind of processor you have. And many popular Windows apps that are under active development will also likely be updated to support ARM.

But there are thousands, if not millions of apps available for Windows that may never be updated — and most of them will never work on a computer with an ARM-based chip.

Many Linux-based operating systems can already run on x86, ARM, or other chip architectures. But since many third party apps that run on Linux are open source, there are tools which allow anyone to recompile an x86 app to work with ARM. That won’t be the case with Windows apps, since the percentage of open source Windows apps is much lower.

It will be up to developers to do the legwork and make sure their apps support Windows 8.

The loss of backward compatibility might be a big problem… but it also might not. On the one hand, one of the greatest strengths of the Windows platform is the fact that it’s been the dominant OS for so long that the vast majority of desktop software developed over the last 20 years has been developed to run on Windows.

On the other hand, most people don’t run thousand of apps… they run a few dozen or less. As long as Microsoft can encourage developers to write new apps that support computers with low power ARM processors and offer a high quality experience, users may not really miss the old apps they leave behind.

Every now and again it’s a good idea to drop backward compatibility. Windows Mobile 6.5 apps would look awful on a Windows Phone 7 device, and would you really want to run PalmOS apps on a webOS device? Then again, webOS may be a dying platform, and Windows Phone hasn’t exactly conquered the marketplace yet. It should be interesting to see if Windows on ARM can make any serious headway without support for older Windows apps.

Windows on x86 hardware, on the other hand, can easily handle pretty much any app that runs on Windows 7 — since Windows 7 and earlier versions of Microsoft’s flagship operating system only support x86 chips.

It could be another year before Microsoft releases Windows 8 to the public. During that time, we could see the company develop some sort of virtualization software that allows you to emulate an x86 environment on an ARM-powered device. But it’s likely that this would have a negative impact on performance and power consumption, thus negating some of the benefits of an ARM-based system.