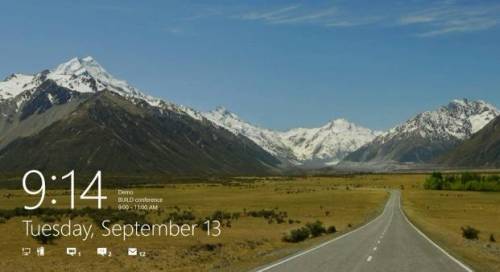 You’ve read about the new features and seen some of the hardware prototypes. But you still want to try out Windows 8 for yourself. Not a problem. Tonight Microsoft will make the developer preview of the new operating system available for download.

Just visit dev.windows.com after 8:00PM Pacific tonight and you download Windows 8 for 32-bit or 64-bit computers with x86 processors. The preview will also include some sample applications — but these aren’t necessarily the same apps that will ship with the operating system when Microsoft releases the full operating system later this year or early next year.

The developer preview will not include the Windows Store app store or some of the other features Microsoft showed off earlier today. The software is aimed at developers that need the tools to write apps for the new Windows 8 Metro style user interface.

Unfortunately we’ll have to wait a little longer before Microsoft makes an ARM-compatible version available, so it doesn’t look like Windows will be joining webOS, Ubuntu, and Android on the HP TouchPad tablet just yet.

There’s also no way to upgrade from Windows 7 to Windows 8 yet. You need to perform a clean install, so you may not want to install Windows 8 Developer Preview on your primary computer unless you’ve got all of your important data backed up.