This spring Microsoft will roll out a major update to Windows 8.1 which will, among other things, make the operating system a bit easier to use on desktop and notebook computers. A few years ago the company took a big leap by redesigning Windows to work across a range of devices including traditional PCs and tablets and other touchscreen devices… but some folks have been less than thrilled with the jack-of-all trades approach, thanks to the whole master-of-none corollary.

Among other things, the update is expected to make it easier to run “Modern” or “Metro” apps in desktop mode, for instance.

The update is also expected to bring support for devices with lower prices (and lower-end specs to match). 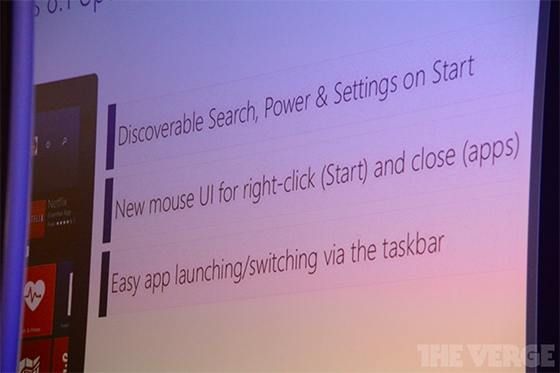 For instance, you could see Windows 8.1 hardware with as little as 1GB of RAM and 16GB of storage. Right now even the cheapest Windows 8.1 tablets have twice that much memory and storage.

Desktop-friendly features will include the addition of Search, Power, and Settings items on the Start Screen (so you don’t have to use a swipe gesture or move your mouse cursor to the corner of the screen to bring them up), and easier launching and switching of apps using the desktop taskbar.