Microsoft launches Windows 10 for PCs on July 29th. Later this year the company will roll out Windows 10 for smartphones, Xbox consoles, and other devices.

But what about tablets that originally shipped with Windows RT? When do they get Windows 10.

But they will be getting an update that has some Windows 10 features. And now we know what it’ll be called and when it will be available. 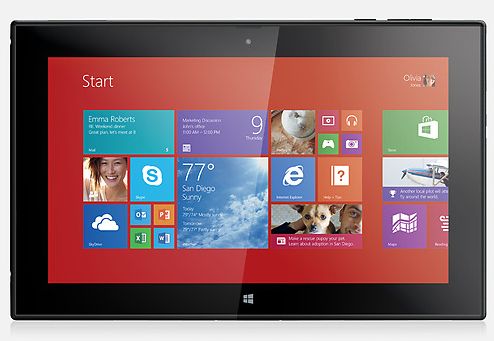 Microsoft’s Gabe Aul says Windows 8.1 RT Update 3 is coming in September, 2015. He hasn’t explained exactly what will be included in that update, but it should be available for the handful of devices that are already running Windows RT, including:

Windows RT was Microsoft’s first attempt at developing an operating system for tablets with ARM-based processors. It launched alongside Windows 8 and featured the same Start Screen, touch-based user interface, and support for Windows Store apps as Windows 8.

But while Windows RT includes a version of Microsoft Office, that’s just about the only desktop-style Windows app for the platform. For the most part, Microsoft locked down Windows RT so that it could only run tablet/Windows Store apps.

Meanwhile, Intel reduce the price and power consumption of its Atom chips so much that device makers were able to cranks out low-cost Windows 8 tablets that were just as cheap as Windows RT models… but which could run desktop apps as well as tablet apps.

Even Microsoft decided to switch to Intel Atom chips when the company launched its Surface 3 tablet earlier this year.

So it’s nice to know that Microsoft isn’t giving up on folks who did spend money on Windows RT devices. But it might be even nicer if the company would tell us which Windows 10 features would be included in Windows 8.1 RT Update 3.