Microsoft is rolling out the first major update to Windows 11, bringing improvements to the Taskbar, new Media Player and Notepad apps, and support for running Android apps – something that’s only been available for members of the Windows Insider program up until now.

That’s because Android app support comes courtesy of a new optional feature called the Windows Subsystem for Android, which basically installs a full-blown Android operating system on your Windows 11 computer and then allows it to communicate with the host operating system so that apps show up in the Start Menu, Taskbar, Snap layouts, app switcher, among other things.

So sideloading is relatively easy, and more advanced users can also modify the entire subsystem for Android to do things like gain root access and install Google Play Services.

If you don’t want to jump through those hoops, Microsoft says more than 1,000 Android apps are available for Windows 11 users to download from the Amazon Appstore, including Amazon’s own Audible and Kindle apps as well as third-party apps and games including Subway Surfers and Khan Academy Kids.

Then again, maybe you don’t need to do those things to interact with Android apps on a Windows PC. It looks like Google may be bringing support for streaming apps from your phone to Windows, Mac, or Chrome OS devices with Android 13, which is set to launch later this year. 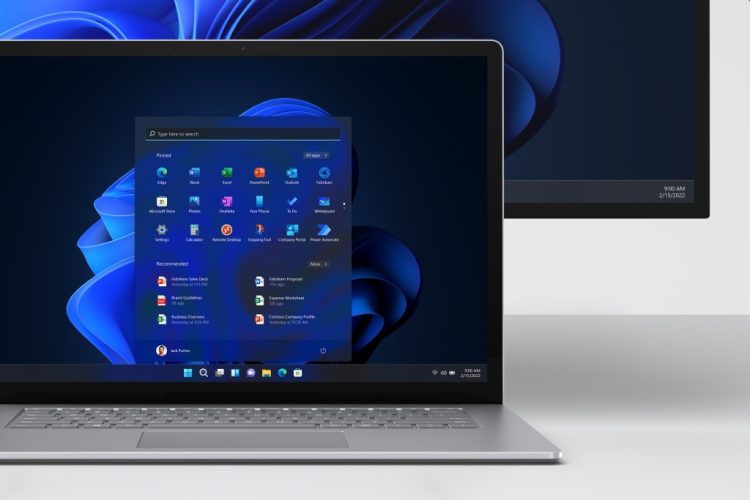 Other changes in the latest build of Windows 11 include:

The new Media Player and Notepad apps aren’t installed by default though – Windows 11 users can download them from the Microsoft Store.