Hoping to give Windows 11 a try when it rolls out later this year? The good news is that it’s a free upgrade for most Windows 10 PCs released in the past few years. The bad news is that not all Windows PCs will be able to support the new operating system, and most systems that are more three or four years old may be left out.

That’s because while the minimum system requirements for Windows 11 don’t require a super high performance computer, you will need a relatively recent system with at least 4GB of RAM, 64B of storage, and a few features like TPM 2.0 and support for DirectX 12 that mark a significant spec bump over Microsoft’s Windows 10 system requirements. The company has released lists of specific chips that will be supported, and for the most part it looks like only processors released in 2017 or later make the cut (which isn’t to say that all processors released since then are supported). 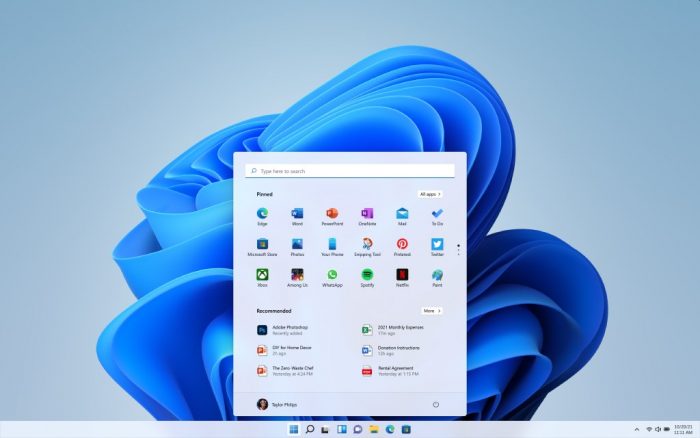 For the most part if you bought a new Windows computer in the last few years it’s probably capable of running Windows 11, and Microsoft says it will begin rolling out updates early next year. You’ll be able to buy a new computer with Windows 11 pre-installed later this year, and virtually every Windows PC that ships this year will likely either run Windows 11 out of the box or be eligible for the free update

Update: Microsoft has temporarily removed the PC Health Check in response to feedback suggesting its wasn’t very accurate or informative. The company also says it’s looking into the possibility of allowing Windows 11 to run on some slightly older processors including 7th-gen Intel Core and AMD Zen 1 processors.

This limitation could mean that millions of Windows 10 systems won’t be able to be upgraded to Windows 11, which is causing a fair amount of confusion and frustration.

The company has also released lists of supported Intel, AMD, and Qualcomm processors to see if your computer’s processor is on the list. While it’s possible that Windows 11 may run ok some systems with chips that are not included on the list, these are the only processors that Microsoft has officially confirmed are supported so far.

One other thing to keep in mind is that Windows 11 requires an internet connection and a Microsoft Account to complete the setup process the first time you run the operating system.

Have a system that doesn’t qualify for the upgrade? You’ll be able to continue using windows 10 indefinitely. Microsoft says it will continue supporting the operating system through through Oct 14, 2025.

The topic of which computers, processors, and TPM security models meet the Windows 11 system requirements has proven to be rather complicated, with Microsoft updating their guidance several times since the initial announcement. This article has been updated to reflect the most accurate info I could find as of June 26, 2021.

49 replies on “Windows 11 is a free upgrade, but not all Windows 10 PCs will qualify (system requirements)”