Windows 10X was supposed to be a brand new, modern operating system with a fresh new user interface, a focus on security, and streamlined performance for a variety of form factors including dual-screen and foldable computers.

But although some elements of the operating system may eventually show up in Windows 10. 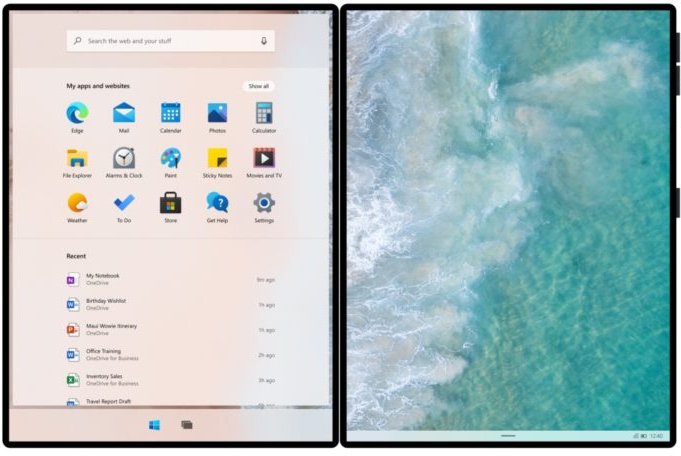 Earlier this month, rumors started circulating suggesting that Windows 10X was being shelved, and now Microsoft has pretty much confirmed that news. In a blog post announcing the release of the Windows 10 May 2021 Update, Microsoft explains that while it will not bring “a product called Windows 10X to market in 2021,” the company is:

…leveraging learnings from our journey thus far and accelerating the integration of key foundational 10X technology into other parts of Windows and products at the company. In fact, some of this is already reflected in the core of Windows in Windows Insider preview builds, for example the new app container technology we’re integrating into products like Microsoft Defender Application Guard, an enhanced Voice Typing experience, and a modernized touch keyboard with optimized key sizing, sounds, colors and animations.

Once upon a time, I would have wondered what this meant for Microsoft’s plans for dual-screen and foldable devices. That was the form-factor Windows 10X was originally supposed to launch with. But eventually Microsoft announced that the operating system would ship first on single-screen products, and now the company says it won’t ship at all.

Meanwhile, despite a bunch of prototypes showing up over the past few years, we haven’t actually seen many dual-screen or foldable PCs hit the streets yet. Maybe that’s due to lack of appropriate software. Maybe it’s due to high price tags (the Lenovo ThinkPad X1 Fold is expensive). Or maybe it’s lack of demand.