Microsoft introduced the Windows Store with the launch of Windows 8 a few years ago… but it’s often been described as a bit of a wasteland when compared with the Google Play Store or App Store for Android and iOS.

That could soon change if developers start to take advantage of a new set of tools Microsoft is making available… because they allow developers to bring Android, iOS, web, and Win32 apps to the Windows Store.

That doesn’t mean that every Android and iOS app will instantly be available for Windows 10. But it’s now much easier for developers to port their apps — in fact Microsoft says King software already used these tools to bring the popular game Candy Crush Saga to Windows phones by making minor modifications to the iOS version. 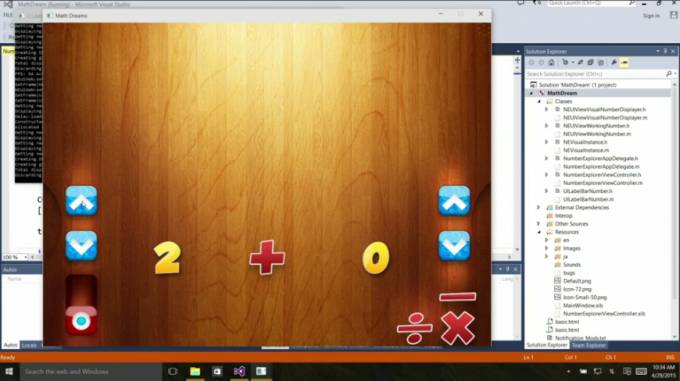 In a nutshell, Android app developers can re-use much of the Java and C++ code for their apps, add integration to Windows features, and submit their apps to the Play Store. Developers of iPhone and iPad apps can use Objective C (but not the newer Swift programming language).

Apps originally written for Android or iOS will tap into Windows features to display Xbox achievements, show notifications, detect location, or perform other functions, because they’ll essentially be running as Windows apps, not Android or iOS apps.

Microsoft is targeting developers with the new feature, not users. The goal is to make it easier for developers to bring existing apps to the Windows Store… but Android developers will have to jump through fewer hoops than IOS developers.

That’s because Windows 10 includes many of the APIs necessary to run Android software without any modifications at all. Developers can just submit existing Android APKs… but as Ars Technica notes not every Android Open Source Project or Google Mobile Services API will be supported… which means that some Android apps may not be able to run well or at all.

Other companies have taken similar approaches: BlackBerry allows Android app developers to bring their apps to its platform, and the Sailfish operating system has built-in support for Android apps. But neither of those platforms have been wildly successful lately.

While it might seem like a good idea to encourage app developers to bring existing software to Windows, it remains to be seen just how well they’ll work on the platform and how out-of-place they may feel if they’re designed for an operating system with a completely different look and feel.

One thing to keep in mind about Microsoft’s effort to bring Android and iOS apps to the Windows Store is that so far the company has only said these devices will run on Windows 10 for phones… but I wouldn’t be surprised if it’s also possible to run these apps on tablets, notebooks, and other Windows devices.

Microsoft says we can expect to see some high profile Win32 apps in the Windows Store later this year, including Adobe Photoshop Elements and Adobe Premier Elements.