When you’re surfing the web on a Windows computer you can choose to open multiple websites in distinct windows or open them as browser tabs that you can switch between without populating your desktop with multiple windows.

But if you want to open a web page, a Word document, and PowerPoint presentation you typically need to open a different window for each activity.

Soon you may have another option though: Microsoft has unveiled a new feature coming to Windows 10 which is currently called “Sets.” That may not be its final name, but the idea is to let users open new applications in a tabbed view instead of in an entirely new window… so you can flip between that presentation, document, and website from one place. 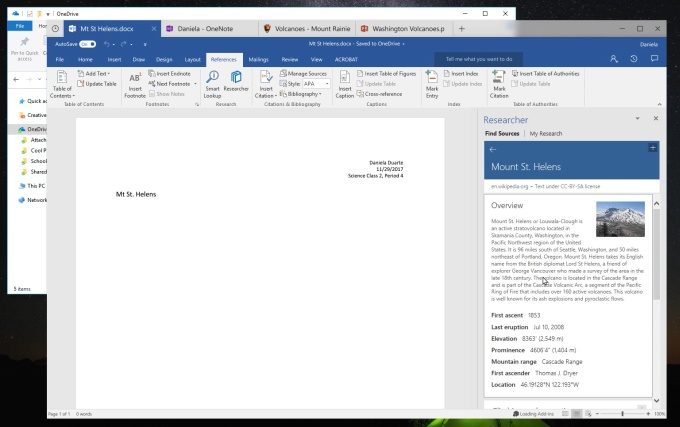 Microsoft says an early version of the feature will begin rolling out to members of the Windows Insider program in the next few weeks, and it will allow you to open one application… and then click a + button in the tab area to bring up a new tab page that lets you search, tap a shortcut, or find other ways to load new content, regardless of whether it uses the same application as the first one you were using.

Basically, Sets lets you use Windows applications the same way you can currently use a web browser. Microsoft doesn’t say exactly which Windows apps will be supported, but the company’s demo video shows web pages, Word, and PowerPoint and in a letter sent to Windows Insiders Microsoft also mentions games, “files, websites, notes and apps.”

If all this sounds kind of familiar, that’s because software developer Stardock recently launched a third-party utility that does something very similar. It’s called Groupy and it’ll be available soon as a $10 app, although right now it’s only available as part of the company’s Object Desktop suite (which sells for $50, but which is currently on sale for $30).

4 replies on “Windows 10 Sets feature in the works: Group multiple apps together as if they were browser tabs”