Microsoft is launching a new version of Windows aimed at the education market, and as expected it’s called Windows 10S.

In a nutshell, it’s Windows 10… but it’s been streamlined to offer decent, reliable performance even on entry-level hardware, and it’s designed to offer tighter security since it runs all apps in a container that’s isolated from the core operating system.

It does that by only letting users run apps downloaded from the Windows Store. But there’s one key difference between Windows 10 S and its chief rival in the education market (Google’s Chrome OS): you can switch from Windows 10 S to Windows 10 Pro at any time if you want to install apps that may not otherwise be available or take advantage of other features. 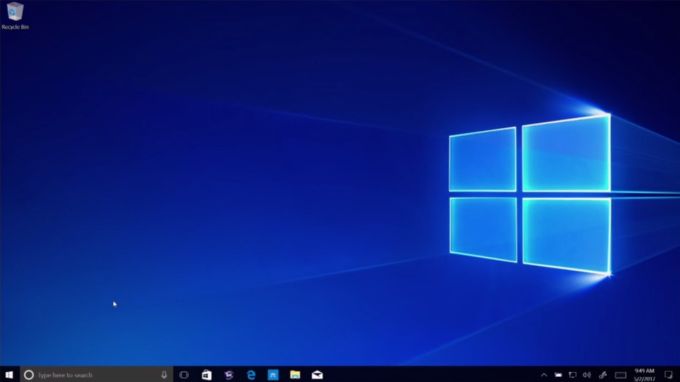 While unveiling the new operating system at an education-themed event in New York City today, Microsoft showed a couple of nifty features, including:

Microsoft says Windows 10 S computers will be available starting this summer for $189 and up (with some premium models coming later). Partners including Acer, Asus, Dell, Fujitsu, HP, Samsung, and Toshiba are all expected to launch Windows 10 S hardware. 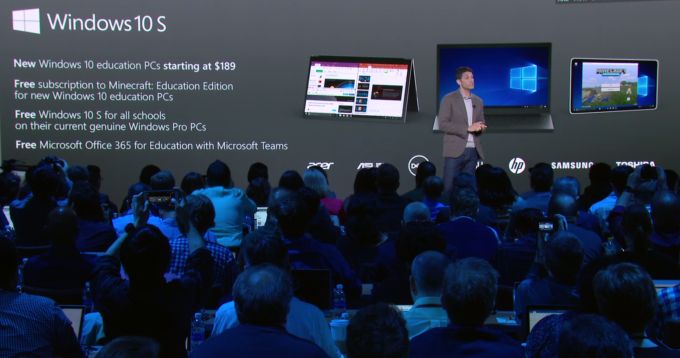 The company says schools that are already using Windows 10 computers can also switch to Windows 10 S for free, and Minecraft education edition and Office 365 for education will also be available to schools for free.

Overall, you’d be correct in thinking that Windows 10 S does less than Windows 10 Home or Pro in a lot of ways. But Microsoft is betting that less is more for some customers… particularly those in the education market.

For example, the company says a Windows 10 S computer should run just as well after years of use as it does on day one, and when a student tries to install an app that’s not available from the Windows Store, the operating system will recommend similar apps that are available.

But while Chrome OS was designed for consumers and eventually became popular in education, Windows 10 S appears to be designed first and foremost for educators and students. I’ll be curious to see whether it holds any appeal for the general public.

A $189 laptop that offers security and performance similar to what you’d expect from a Chromebook sounds nice. But a growing number of Chromebooks are adding support for the Google Play Store, which gives them access to a much richer app store than Microsoft currently offers… but with Office 365, Outlook, and other key PC apps coming to the Windows Store, Microsoft may have a powerful Chrome OS competitor on its hands.

And if Windows 10 S does become popular in the classroom, it could encourage more developers to create Windows Store versions of their existing Windows applications… which could help bridge the app gap.

11 replies on “Windows 10 S is streamlined for performance, security (and aimed at education market)”