Intrigued by Windows 10 S, but don’t want to spend $999 or more on a Microsoft Surface Laptop? No problem, the new version of Windows is expected to ship on third-party laptops priced as low as $189.

And companies are starting to show some of those notebooks off. Paul Thurrott snapped a picture of a few models at Microsoft’s education event in New York City today, and Acer just sent me a press release with some additional details about their first Windows 10 S model.

The Acer TravelMate Spin B1 is a convertible 11.6 inch notebook with a full HD display that was actually first unveiled in January. But now Acer says a new B118 model is available with Windows 10 S for $300.

Acer’s laptop features a 360-degree hinge, a touchscreen display, a pressure-resistant display, a spill-resistant keyboard, and up to 13 hours of battery life. It also comes with an “active stylus pen.” 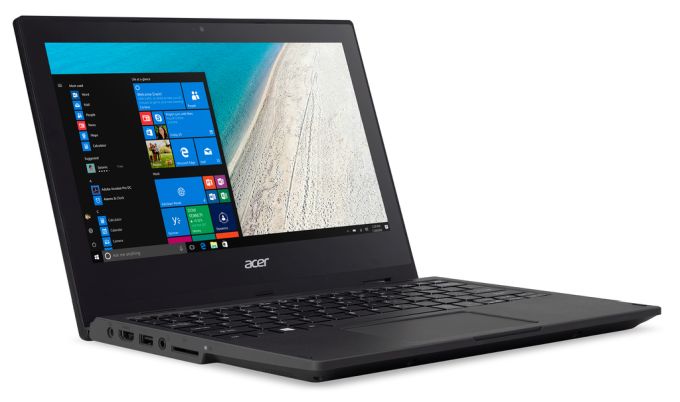 While the TravelMate Spin B1 is aimed at education and commercial markets, it could also be an affordable notebook for consumers looking to try Windows 10 S. The $300 model features an Intel CeleronN3450 processor, 4GB of RAM, and 64GB of storage, which is pretty much exactly what we expected from computers running Windows 10 S.

Other Windows 10 S computers include:

If some of these laptops look familiar, that’s because several PC makers seem to be re-purposing existing Windows 10 notebooks as Windows 10 S devices.