Smartphones and computers running Windows 10 software already share some common code and both support Universal Windows Apps available from the Windows Store. And upcoming phones like the Microsoft Lumia 950 and Acer Jade Primo will even work like desktops when you attach a keyboard, mouse, and monitor.

But there’s a report suggesting that next year Microsoft will add new features that let phones and PCs running Windows 10 work together in new ways.

For instance, you may be able to start composing an email message on your phone and pick up where you left off on your PC, or open a web page in your desktop web browser and keep browsing on your mobile phone. 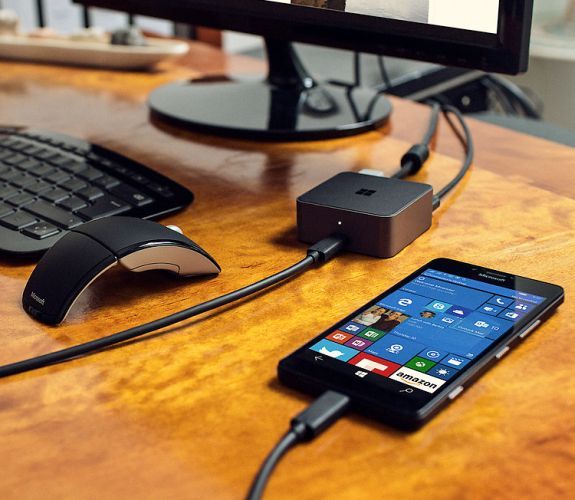 According to WinBeta, those features are expected to be part of the next big update to Windows 10, code-named Redstone. It’s due to launch in the summer of 2016.

Microsoft is still just getting started on development of Redstone, so there’s a chance that features could change by the time it’s ready to launch. But here are a few things WinBeta says we might be able to expect:

While these features all apply to Microsoft’s own apps for Windows 10, the company may also offer developer tools that will allow third-party apps to work across devices in similar ways.

If this all sounds familiar, that’s because we’ve seen it before. This is how Apple’s Continuity feature works, allowing iPhones and Mac computers to communicate with one another. Continuity was introduced as part of OS X Yosemite in 2014.