Microsoft’s October 2018 Update for Windows 10 has had a rocky road to release. But now it’s finally available for anyone who wants it… sort of.

The company actually released the update in October, pulled the update after users reported it was deleting files from their PCs, and then re-released it last month after Microsoft decided it had squashed out the bugs responsible for the data loss.

But at that point the Windows 10 October 2018 Update was only available through Windows Update for select users (those the company was pretty sure had compatible hardware).

Now anyone running Windows 10 should just be able to manually click the “check for updates” button in Windows Update to get Windows 10 version 1809 (the October 2018 Update). 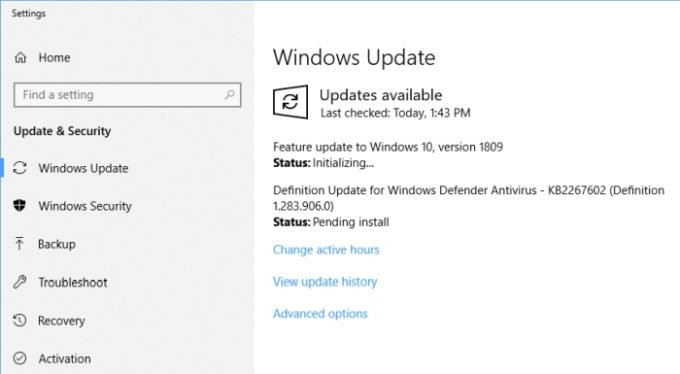 Microsoft does say the update is “fully available for advanced users,” (emphasis mine), since you’ll still need to manually check for updates. But Microsoft is one step closer to going from a botched release to a normal one, I guess.

The update, in case you’ve forgotten, brings new features including an optional Cloud Clipboard that lets you copy on one device and paste on another, a Timeline feature for Android phones using the Microsoft Launcher app, 157 new emoji, the ability to name folders in the Start Menu, and a new touchscreen keyboard powered by SwiftKey.