Microsoft has updated its Windows 10 hardware requirements in a few surprising ways.

When the operating system launched last summer, Microsoft released hardware requirements stating that the desktop version of Windows 10 would be able to run on devices with 8 inch or larger screens, and that if you wanted a smaller device, you should opt for Windows 10 Mobile — which would only support devices with screen sizes less than 8 inches 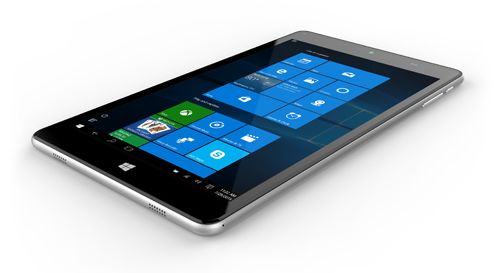 According to the updated guidelines, Windows 10 Mobile can run on devices with screen sizes less than 9 inches, while Windows 10 desktop edition can run on anything with a 7 inch or larger screen. 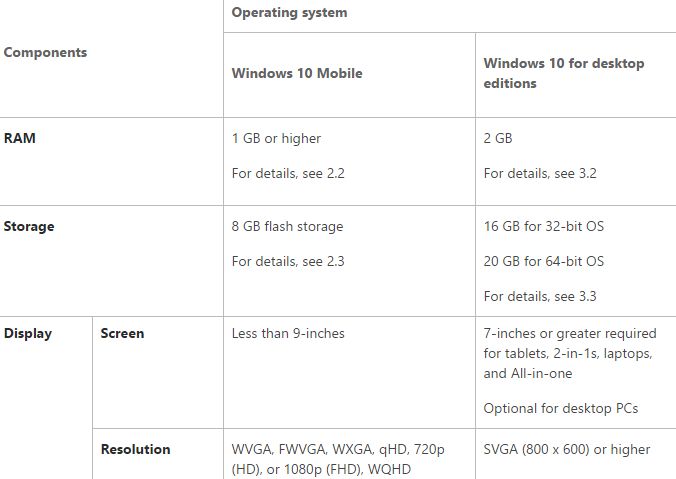 Obviously the screen size requirements if you’re using a desktop computer with no built-in display. But if you’re building a tablet, laptop, all-in-one, or 2-in-1 and want to use the desktop version of the OS, Microsoft says you should use a 7 inch or larger display. I wonder where that leaves devices like the GOLE1 and Pipo x3, which are positioned as tiny Windows 10 desktop computers with 5 inch touchscreen displays that let you use them like tiny tablets.

There’s one other update to Microsoft’s hardware requirements that I’m sure a lot of people will be (somewhat) happy about: Windows 10 desktop now requires 2GB of RAM or more. Hopefully that means we won’t see any more Windows 10 tablets with just 1GB of memory… although I’m sure some folks would have preferred that the minimum be set at 4GB.