Microsoft is rolling out a new preview build of Windows 10 this week and, among other things, Build 17035 includes improvements for pen and virtual keyboard input, updates to the windows Store, and new features for the Edge Web browser (including the long-overdue ability to mute a browser tab).

There’s also a new feature called Near Share that makes it easy to share files or links to web pages with other devices that are nearby. 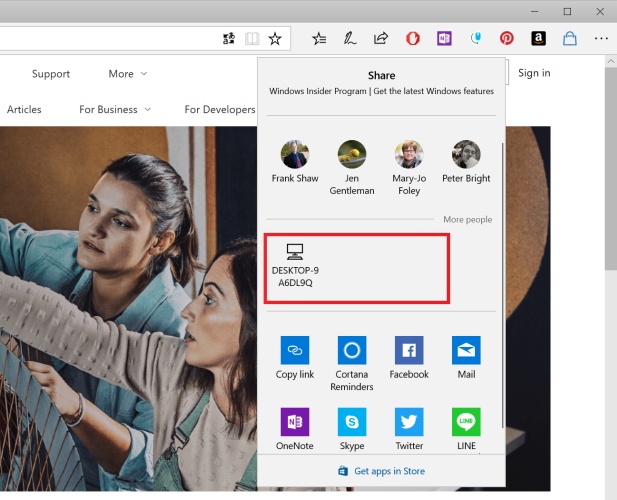 Here’s how it works: enable Near Share in your PC settings there’s a toggle in the Action Center), and make sure Bluetooth is turned on. Then you can click the Share icon in any supported program and you’ll see a list of devices within range, giving you the option to send files or URLs between devices.

The Share function isn’t new: you’ll still see contacts, apps, and other options for sharing. What’s new is the ability to send items to nearby devices.

While Near Share is making its debut in the Windows Insider Preview build 17035, it will likely roll out to all users in the next major release of Windows, code-named Redstone 4.

As The Verge points out, Apple already has a similar feature called AirDrop.